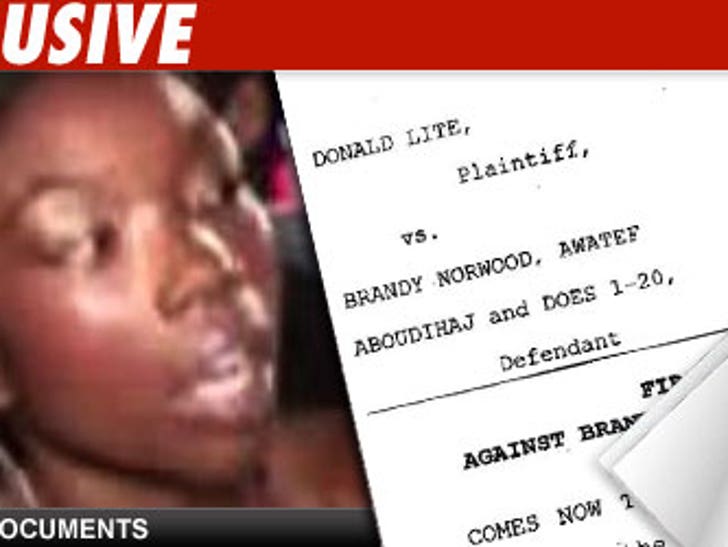 A man banged up in Brandy's fatal 2006 car crash is now suing the singer for allegedly causing the wreck -- and suing the lady who died for allegedly contributing to the chain reaction collision. 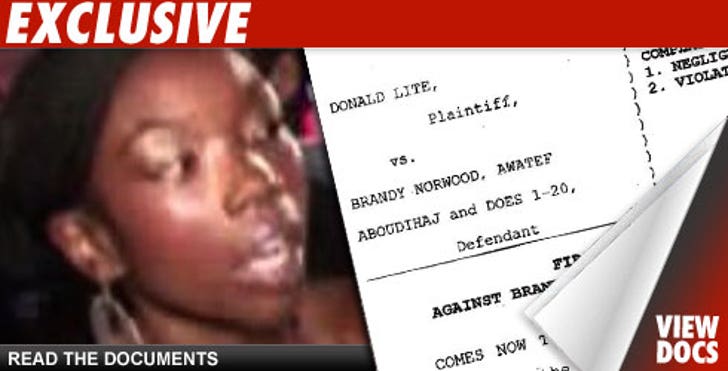 Donald Lite is going after Brandy and Awatef Aboudihaj -- the married mother of two killed in the accident -- claiming their disregard for road rules caused the multi-car pileup that left him with extreme physical damage.

In the suit, filed last week in L.A. County Superior Court, Lite says their failure to keep a safe distance, mixed with their inability to travel at a safe speed, caused Brandy to rear-end Awatef, which sent Awatef's car smashing into his.

Lite says he's suffered "serious and permanent injuries" that racked up a lot of hospital bills -- and is suing for an undetermined amount.