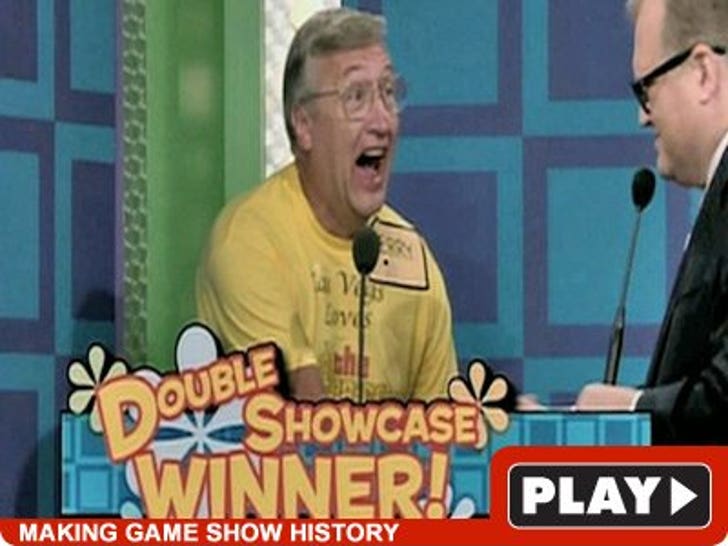 One of the most unbelievable things ever happened on the set of the yesterday's "Price is RIght" -- some dude nailed the price of his showcase to the exact dollar -- and host Drew Carey couldn't have looked more bored.

No one has pulled off an exact bid in more than 30 years -- plus, the dude had already won $500 in cash for nailing the exact price of a cooker earlier in the show -- but after the showcase stunner, Drew was more fired up to talk about spaying and neutering pets.

A TMZ spy who happened to be in the audience during the taping says when Drew knew the guy hit the exact number, he stopped down taping and had a pow-wow with show producers for nearly 30 minutes. Our spy thinks they were trying to figure out how to handle the situation on camera. Unfortunately, when they resumed taping, Drew's reaction was a little less than spectacular -- while the crowd went insane.

Maybe in another 36 years, he'll show a little more excitement.