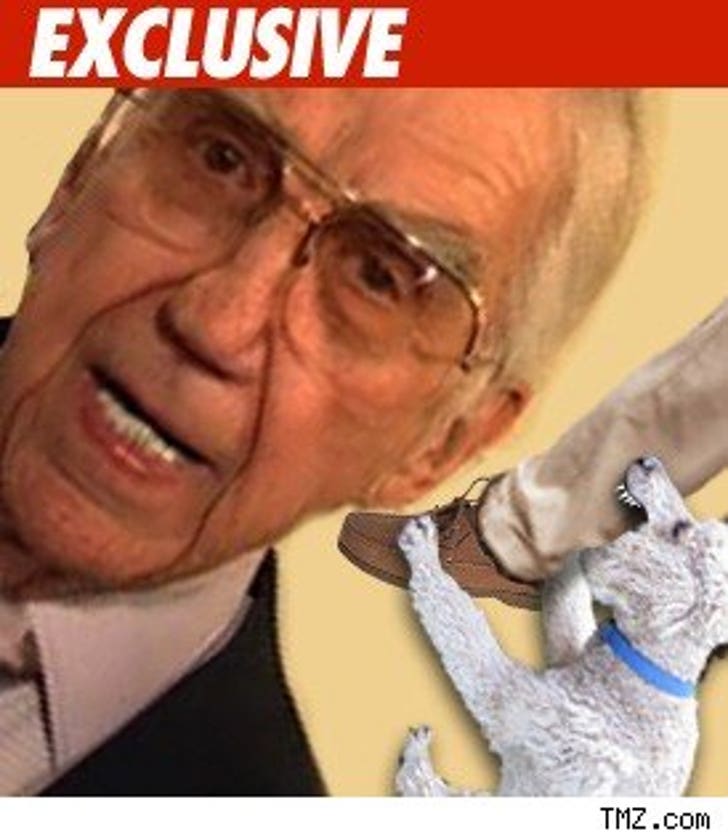 Ed McMahon and his wife Pamela sicked a vicious attack poodle on a process server -- allegedly. Here's how it all went down...

The Date: Saturday, January 3.
Time: 2:00 PM
Location: The McMahon estate ... (until they're kicked out)
The Poop: A process server was there to serve McMahon's legal papers. We're told the process server went up to the door -- Pamela answered -- and when he attempted to serve her, the server claims Pam released the poodle on him and it attacked him. The L.A. County Dept. of Animal Control confirmed the process server did have a dog bite on his right knee.
Status: Active Animal Control investigation.
Fun Fact: The process server is not a total wuss ... it was a standard poodle, not the "toy" variety.

Statement from Ed's rep, Howard Bragman: "Dog bites man is not news. Call me back when it's man bites dog."