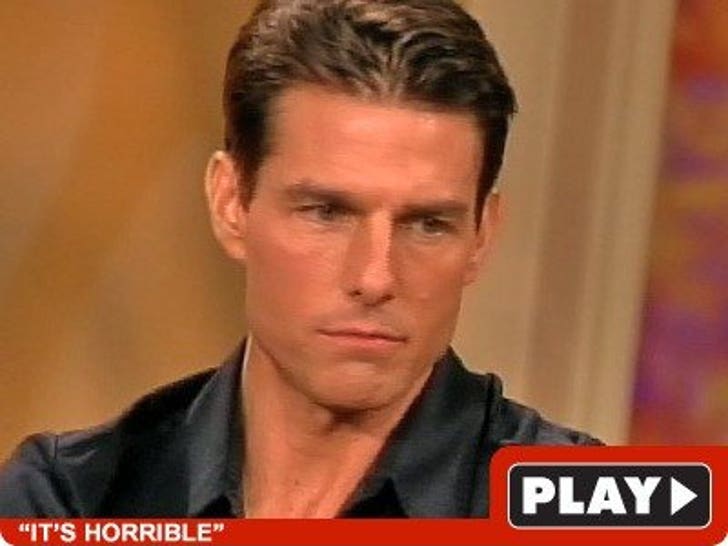 A visibly shaken Tom Cruise finally opened up about the death of his good friend's son -- describing Jett Travolta's death as "horrific" and addressing Scientology's role in the tragedy.

Struggling to find the right words, Cruise addressed the emotional topic during a taping for tomorrow's episode of "The View," where he claimed his religion does not prohibit people from seeing a doctor and getting proper medication.