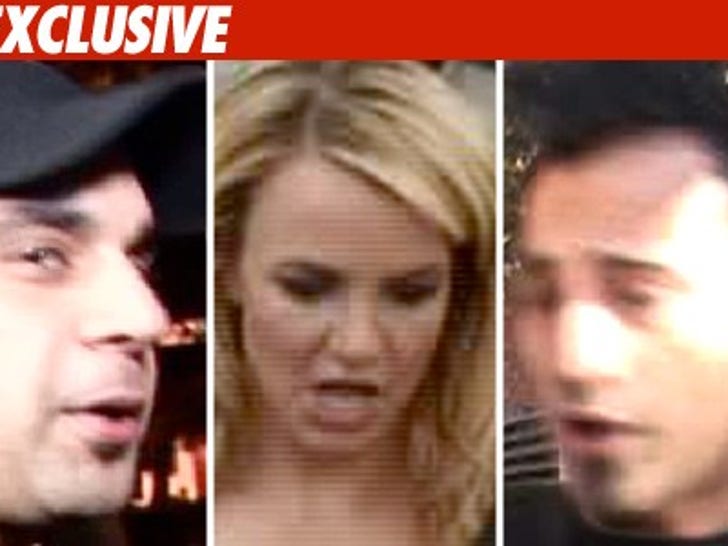 TMZ has just obtained declarations from Jamie Spears and others in the latest Britney Spears case -- Britney's lawyer says Sam Lutfi had inserted himself and tried peddling false and hurtful info about Jamie, Britney and others in her family. 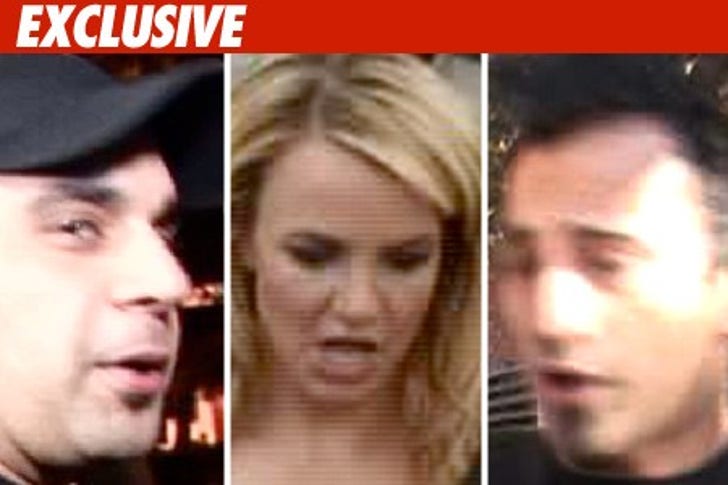 As we first reported, the conservators for Britney Spears obtained a restraining order today against Sam Lutfi, Adnan Ghalib and attorney Jon Eardley. We're told Brit herself is furious at Lutfi and Ghalib and would like to see them jailed.

Here's the most interesting part....According to the legal papers, late last month Lutfi sent text messages to Brit's hairdresser, saying he wasn't responsible for the conservatorship. A week or so later, Britney received "instant messages from a person with the screen name ____....The person -- who posed as the mother of a daughter with autism -- made a number of utterly false and hurtful assertions concerning Mr. Spears and his family, threatening to go public with such purported 'information' unless Mr. Spears spoke with that person." Almost immediately after Brit got those messages, Lutfi began calling Jamie.

One of the lawyers in the case filed a declaration saying over the past month she received "multiple telephone calls and text messages from Lutfi." She says Lutfi wanted to set up an urgent meeting to "speak with Mr. Spears and me with regard to what he claimed was 'information he had received about Mr. Spears and his daughter, Britney Spears as well as others.'" The attorney also says Lutfi claimed "he had been talking with Adnan Ghalib about the conservatorship and Ms. Spears' status as a conservatee."

In another document, one of the conservatorship lawyers claims "Mr. Lutfi has sent text messages and instant messages that contain false and hurtful allegations concerning Mr. Spears, Ms. Spears, and the Spears family." The lawyer continues, "Mr. Lutfi, Adnan Ghalib, and Jon Eardley sought unsuccessfully to induce an attorney to file" false statements with the court.

The papers make it clear...."Over the past month, Ms. Spears has had numerous telephone conversations with both Mr. Lutfi and Mr. Ghalib and has exchanged numerous text messages with both of them." But we're told now Brit is so mad at them she wants them locked up.

Under the TRO, Lutfi, Ghalib and Eardley must stay 250 yards away from Britney, her parents and her kids. The TRO also prohibits the trio from "acting on Ms. Spears' behalf...inducing or assisting another person to file legal pleadings" on her behalf.

Interesting fun fact: In the petition for the TRO, it says Brit has been communicating with Adnan and that "Ms. Spears innocently informs Mr. Ghalib of her destinations and that he then arranges for paparazzi to meet and film her to his financial benefit."