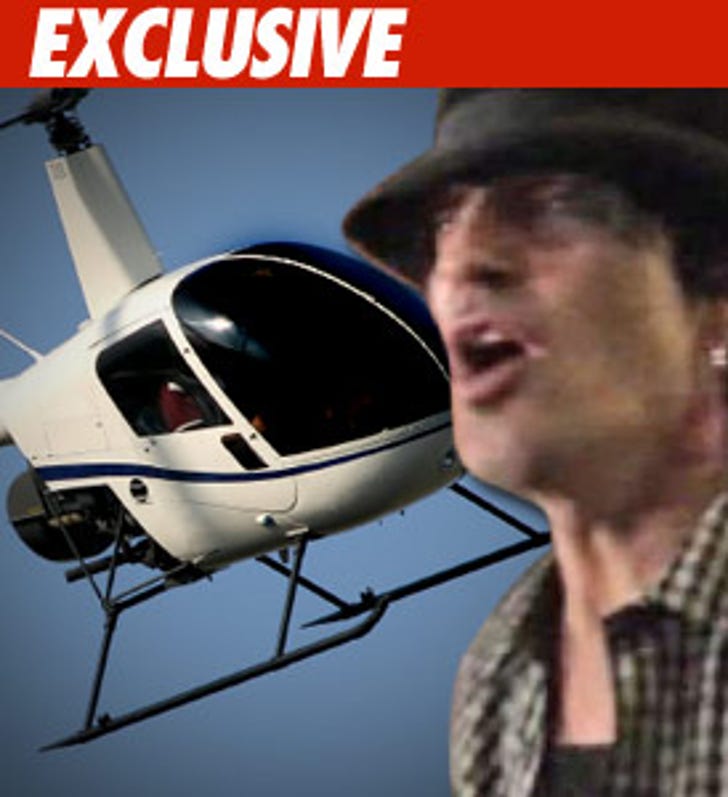 UPDATE: 4:20 PM ET Law enforcement sources tell TMZ they first noticed Tommy Lee's helicopter around Glendale, when it flew underneath and "too close" to an LAPD chopper. After the pilot was ordered to land at the Van Nuys Airport, the LAPD went searching for the pilot. Sources say approximately 10 minutes later, they found him at a nearby hotel and he said he'd been drinking after he landed.

We're told he was taken to the LAPD in Van Nuys where he was given a blood alcohol test.

UPDATE: 5:40 PM ET It just gets weirder. Now law enforcement tells us the pilot went to an aviation facility at the airport right after he landed and someone gave him vodka before cops arrives. By the way, as for Tommy Lee, when cops arrived he was no where to be seen.

This is a first.

Tommy Lee's helicopter pilot may be in big trouble today after he and Lee were literally pulled over mid-flight by the LAPD.

Cops tell us at around 10:45 AM Lee's helicopter was forced to land at Van Nuys airport after an LAPD chopper saw it flying erratically.

Tommy, who was riding shotgun, was let go -- but the pilot was detained, investigated and then released without being charged.

We're told the FAA will still conduct an investigation.