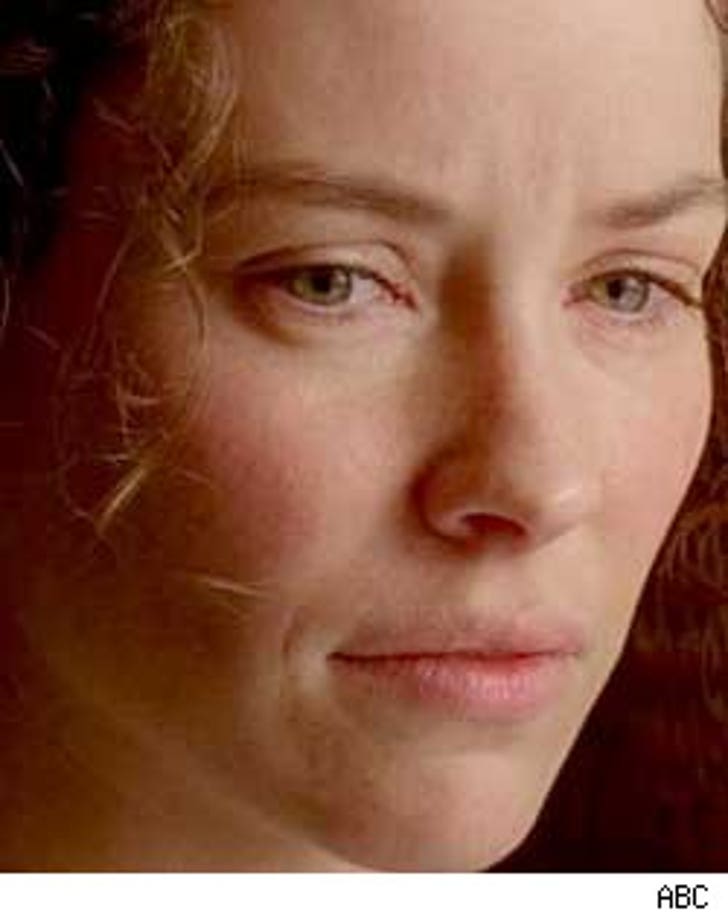 It's Daniel from TMZ here, welcome back to another edition of the "Lost" Diary.

We've got a lot of different things going on right now (time travel, Little Ben got shot, etc.) but I need to focus on something that impacts the entire show -- Juliet vs. Kate. Now, Sawyer (and Jack before him) is faced with that very same conundrum right now and I have to say I like the way he's going. I am very pro-Juliet. I put it to a vote among my friends and Juliet won 7-4 (we're talking long term prospects here, not a one-nighter). Reasoning ranged from "Kate would drop me as soon as someone better came along" and "Kate gets kidnapped every five minutes." Makes sense to me.

For all you "Lost" Diary newbies, here's how it goes: I gather with a group of friends watching "Lost," writing what happens on the show as it happens, and throwing in my two cents along the way. I am watching solo tonight as I only got home just in time to watch the West Coast feed after nearly two hours at the gym with Satan -- I mean my trainer Adam. He's like Ben, but with an ill-fitting tank top. Let's roll:

9:01 -- Jin awakens from his Sayid beating and, inexplicably, tells the Dharma people where Sayid is heading. Why'd he do that?

9:02 -- Horace has figured out that it was a Dharma that set Sayid free.

9:05 -- Based on Aaron's age, it looks like it's pretty soon after the O6 returned home. And -- HUGE PLUS -- we get Cassidy, played by the wonderful Kim Dickens.

9:10 -- Kate just told Cassidy the truth (except about Aaron) and now Cassidy is not too happy with Kate.

9:11 -- "That's not your baby, is it?" -- Cassidy. She learned a lot from Sawyer, that's for sure. Anyone think Cassidy is somehow responsible for taking Aaron from Kate?

9:12 -- Kate is freaking out over Little Ben, which is totally natural.

9:13 -- Horace quickly narrows down the possible traitor -- and Ben's dad and Jack are among the finalists. Things could get bad for Jack before the night is through.

9:21 -- Do you know how you've been having all these time travel related discussions over the past few weeks? About fixing the future, disrupting the future, changing the future? Listening to Jack and Kate and Miles and Hurley have these same conversations ... NOT HELPING!!!

9:24 -- Ben's dad has figured out that Little Ben is the one who busted Sayid out of jail. I am kinda shocked he was able to put two and two together and get four.

9:26 -- "When we first captured Ben, and Sayid like tortured him, why wouldn't he remember being shot by that same guy when he was a kid?" -- Hurley

9:33 -- Juliet and Kate are prepping Little Ben for transfer, presumably without telling anyone else. Obviously everything turns out fine (right?) but on the surface this is a terrible idea. Though you have to imagine Richard will come through for Little Ben.

9:35 -- Kate is now with Aaron, in the time we know SOMETHING happens and she loses Aaron. Come on, Cassidy!!!

9:42 -- Kate is commiserating with Cassidy over losing Aaron for a minute -- like that hasn't happened to every mom. Is Kate just going to give Aaron to Cassidy?

9:43 -- Sawyer and Kate are dragging Little Ben out into Otherville.

9:45 -- Juliet is talking to Jack about Ben, right after he got out of the shower. Why can't Juliet be the one soaking wet right now? Damn you, "Lost" writers!

9:47 -- Sawyer's face while Kate talks about Clementine is just priceless.

9:54 -- Kate just dropped a few bombshells on Claire's mom and now she's about to drop Aaron on her too.

9:57 -- Everybody be quiet, Evangeline Lilly is trying to act. First time for everything.

9:59 -- "If I take him, he's not ever gonna be the same again ... He'll forget this ever happened and his innocence will be gone. He'll always be one of us." See Miles? THAT is why he didn't remember Sayid shooting him.

10:00 -- Ellie and Charles are both here still, but it's unclear what the Others hierarchy is right now. Loves it.

"Ask me some more questions about time travel." -- Miles

Ok, where do we begin?

Why?
When discussing why the O6 returned the to the island, I lumped their reasoning into one generalization -- all of their lives were better on the island than they were before it. But I think the last few episodes confirmed that there is a lot more going on than that. Each person is there for their own reason -- their own destiny.

Sayid's was there to shoot Ben. Kate said she went back to find Claire. You get my point.

Back to Sayid -- if his destiny was to shoot Ben, is the island done with him? Just asking.

How?
Whatever happened, happened -- or so we are being told. The Others do their Purging, Dharma loses. I raised the idea a few weeks back that the Losties aren't there to change history -- but rather to play their role in it. That theory has begun in earnest with Sayid shooting Ben and beginning him down his path.

We've seen how things unfold -- Ben helps the Others wipe out Dharma. Or so we think. Something tells me we'll see a few more moments like the Sayid one that show how the Losties help facilitate what happens.

When?
Miles explained to Hurley that Little Ben could not die because we've already seen him grow up to become Big Ben. We are currently in Big Ben's past -- but how many people does that really apply to? Eloise Hawking, Charles Widmore, Richard Alpert ... is that it? Everyone else is in their present, as Miles explained, so anything can happen to them. So my question is this -- the Losties can't change the future, but can they change the present?

I give this episode an A-. I thought the writing was top notch, the acting was great, we got some answers, filled in some gaps, and really got a lot to think about. It's been awhile since we've had any Tivo moments, but this season has felt more like a marathon than a sprint. Slow and steady.