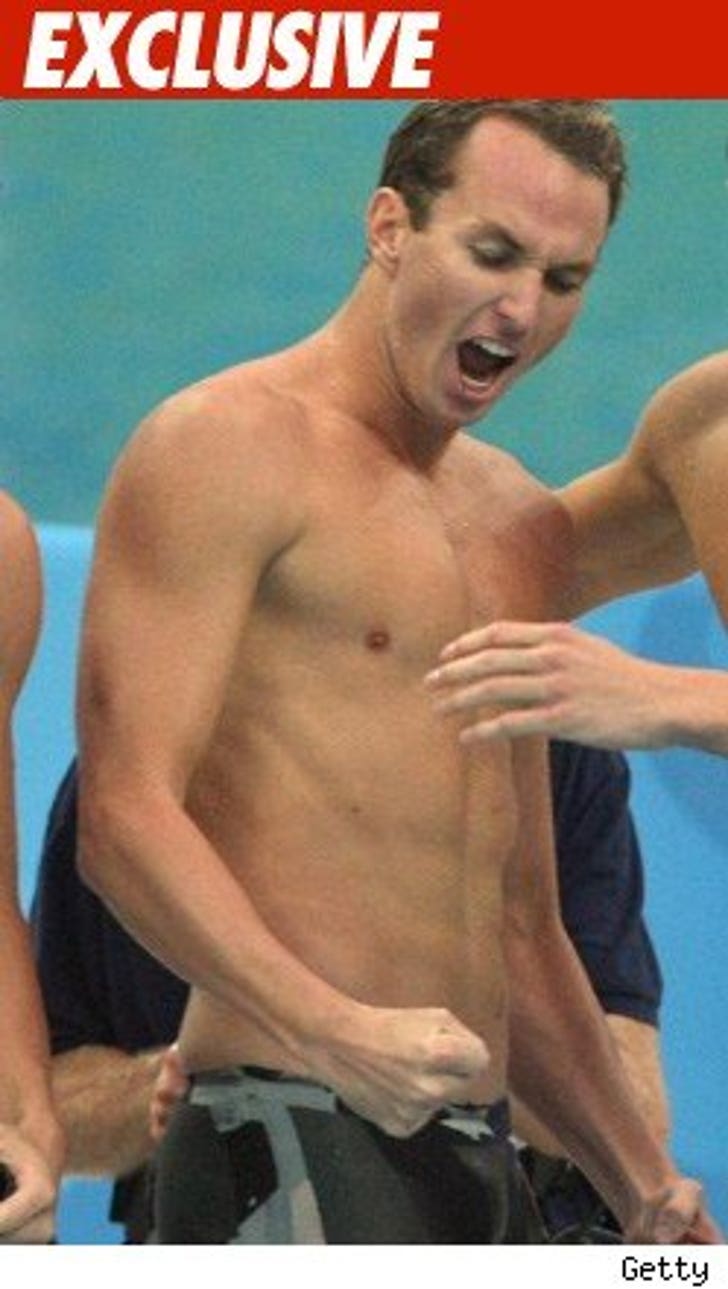 One of the stars of the US Olympic swim team has his mankini in a bunch over his image -- and no, it's not Michael Phelps.

Aaron Peirsol, who was the backstroking part of that awesome gold medal winning 4x100 meter medley team in the '08 games, is suing a marketing company who allegedly used his image in swimwear ads without proper permission.

In a lawsuit filed last week in Orange County, Peirsol claims the marketing company placed the ads in Swimming World Magazine and USMS Magazine, knowing the magazines would be heavily distributed in Orange County -- Aaron's hometown.