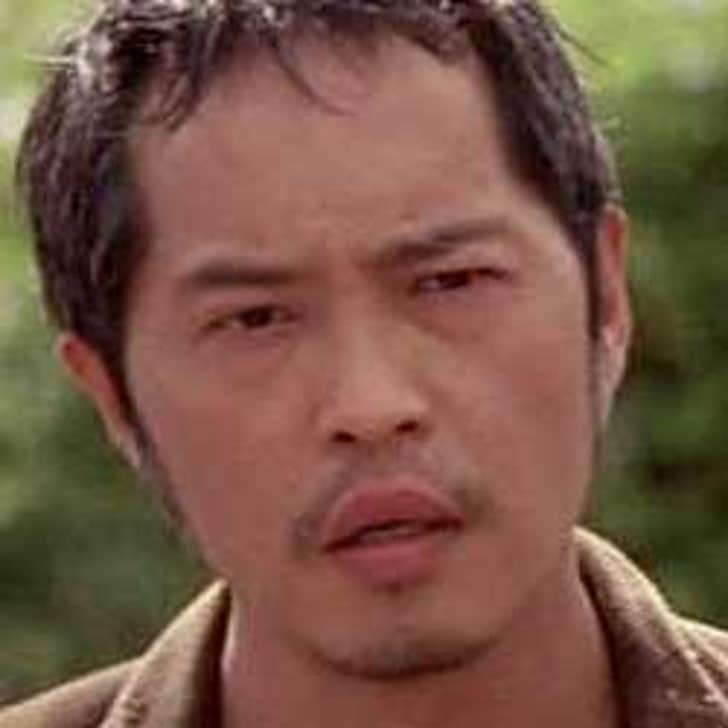 The last two weeks have been so phenomenal, I am almost approaching tonight's episode with nervous trepidation. Can "Lost" really knock three in a row out of the park?

For all you "Lost" Diary newbies, here's how it goes: I gather with a group of friends watching "Lost," writing what happens on the show as it happens, and throwing in my two cents along the way. I am actually writing this at 3:30 AM Thursday morning. I went to the Clippers game last night with my friend Aaron (congrats A-Dogg, you have finally made the Diary) and I didn't get home til almost 11:00 PM. So I decided to take a quick catnap before watching "Lost." Let's roll ...

9:00 -- I don't know if my brain can handle a Miles-centric episode of "Lost" right now. I am going to need to seriously focus.

9:02 -- Sawyer needs Miles to erase the security tapes. I want to do something once that requires me to go back and erase the video tapes. Just once.

9:03 -- Horace is about to bring Miles into the Circle of Trust. Apparently the Dharma Initiative is nothing more than a bunch of fourth grade girls. Horace is going to write mean things about Miles in his slam book.

9:04 -- What's going on in Grid 334? I feel like this season of "Lost" has given me so many great Fantasy Football team names for this year.

9:11 -- Miles knows nothing about his father. Wait, a character on "Lost" has daddy issues? Surely you jest?

9:13 -- Horace needs Miles to drive the package to Dr. Chang. Based on his reaction, it sure seems like Miles knows Dr. Chang is his pops.

9:15 -- In a surprising move, Ben's dad actually noticed his son is missing. Quite the plan Juliet has to explain Little Ben is missing -- "Um, I don't know."

9:20 -- Using his incredible sense of smell, Hurley was able to detect there's a dead body in the van.

9:21 -- Miles explains to Hurley how Alvarez died, apparently not realizing that it's incredibly creepy that he knows all this stuff.

9:22 -- I can't tell now if I think Miles is a scumbag for doing what he does (talking to the dead for money) or actually providing people with an amazing service.

9:25 -- Ben's dad has decided to search for his near-dead son by sitting on a swing set and drinking Dharma Beer.

9:26 -- "You're just jealous my power is better than yours." -- Hurley. Sorry, my TiVo accidentally switched to "Heroes" there for a minute.

9:32 -- The Sarcastic Ghost Whisperer passes his audition by "talking to" the guy who helped Widmore fake the Oceanic 911 crash site.

9:35 -- Miles and Hurley discuss how Miles can't save his mom and dad, the whole time travel thing and all.

9:36 -- Instead of thanking his lucky stars that a hot woman seems to like him and his son, Ben's dad wants to turn Kate into Horace. Good thinking.

9:38 -- Miles just learned his dad likes country music. That can't be easy for him.

9:44 -- I've always wanted to get kidnapped into the back of a van to have a secret conversation.

9:50 -- Phil is going to blackmail LaFleuer because he knows LaFleur took Little Ben. This will not end well for Phil.

9:56 -- Miles is going back to visit the guy whose dead kid he talked to so he can tell the truth. Daddy issues much?

9:57 -- Hurley is trying to help rationalize Miles' relationship with his dad by relating it to Luke Skywalker and Darth Vader. Wow, that is a stretch if I ever heard one.

9:58 -- "Let's face it, the Ewoks suck dude." -- Hurley. If he wants to re-write history, Hurley should make sure Jar Jar Binks never happens.

So I think there are two "must know for next week" things from this episode. First is the guy who tried to stop Miles from going to the island. A quick trip to Lostpedia confirms he's the guy with Ilana on the island when Frank returns. Thus the riddle.

Second is Faraday coming back to the island. Where has he been? I'm guessing the Dharma Initiative never saw him come back with Sawyer and the rest of them or else they wouldn't be bringing him back on the sub as "a doctor from Ann Arbor."

Or maybe he was sent to Ann Arbor by the Dharma people and now he's just coming back? I have no real answers here, but I do feel like this is just another small step towards what I have been thinking for weeks -- the Losties are all here to play their role in history, not change it. Daniel HAS to come back in the mix so, at the very least, he can tell little Charlotte that the island "is death."

And finally, I'm sorry -- but Hurley's "Star Wars" analogy has to be one of the worst pop culture references I have ever heard. Is Hurley trying to say that Miles actually CAN change history if he talks to his dad because Luke and Vader didn't talk and look how that turned out? That's weak. WEAK!

But here's another thought I have -- is "Lost" setting the tables for the Losties to change history ... simply by making up with all their fathers? If you think about it, the Purge happened almost entirely because Little Ben hates his dad.

Anyway, I give this episode a C. It wasn't anywhere near the last few weeks' episodes, but a Miles-centric ep was going to be good for me no matter what. No major reveals and no big twists, but Miles is the most underused character on the show, so I was glad to see him get his due.