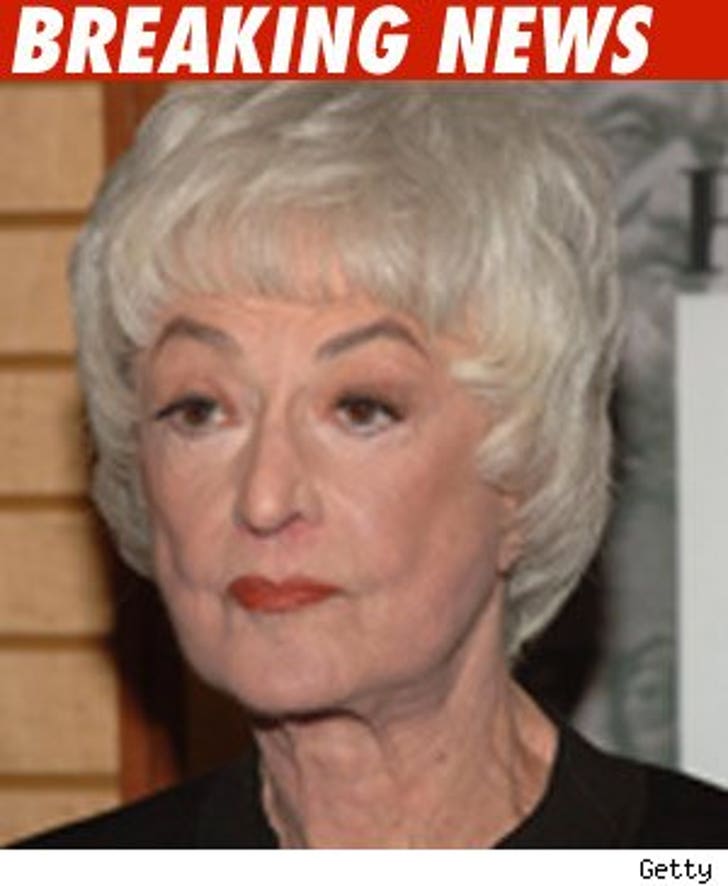 A family spokesman for Bea Arthur says the actress has died.

Spokesman Dan Watt says Arthur had cancer, but did not offer any further details. Arthur passed away at home early this morning.

Arthur is most well-known for her roles in "The Golden Girls" and "Maude."

Rue McClanahan who played Blanche Devereaux on "The Golden Girls" issued the following statement about Bea's passing to TMZ: "37 years ago she showed me how to be very brave in playing comedy. I'll miss that courage and I'll miss that voice."