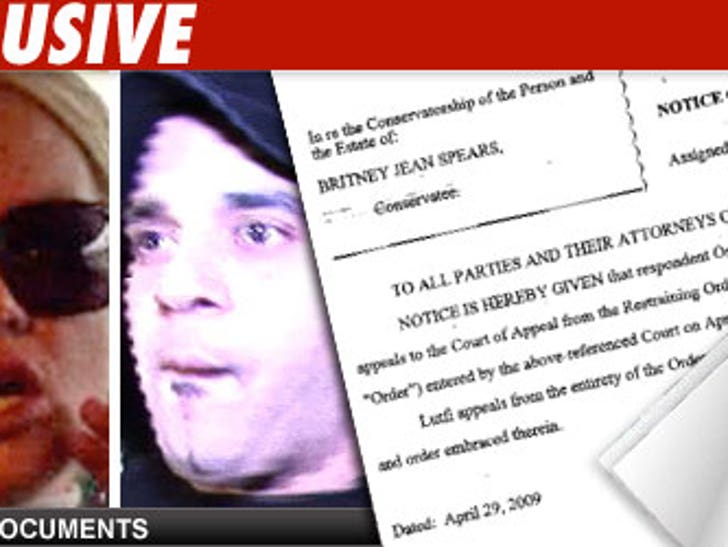 We've just learned Sam Lutfi has officially filed an appeal against the permanent restraining order that was just granted ordering him to stay clear of Britney Spears. 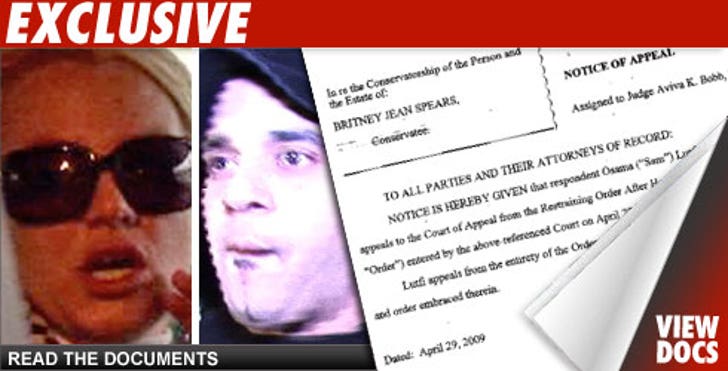 Lutfi lawyer, Bryan Freedman, told us "Never before in the history of the world has a restraining order been granted as a result of someone answering someone else's cries for help."

Freedman added, "The evidence showed it was Britney Spears reaching out to Mr. Lutfi and all he did was help her get a lawyer."