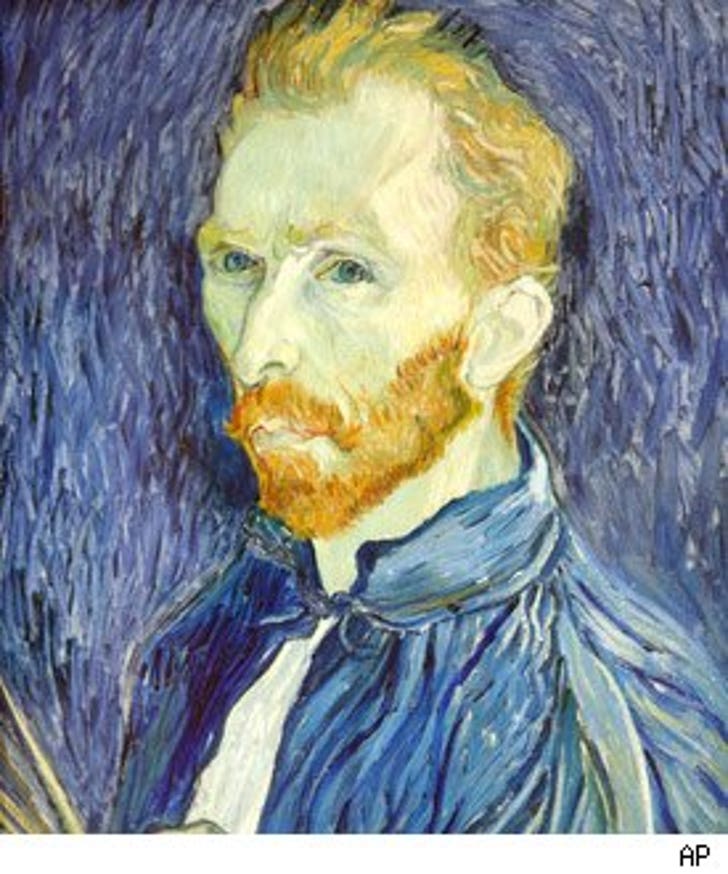 Question: What do you call a snail who cut off his own ear?

The answer used to be Escar Van Gogh -- (get it?) -- but according to a new report on the painter's legendary ear, the joke may no longer be accurate (still funny though)!

Some art historians claim Van Gogh may not have cut off his own ear with a razor -- as the stories go -- but instead his ear was sliced off by another man ... another famous painter!

Two German historians claim there is enough evidence to support their claim that Paul Gauguin, a post-impressionist painter who happened to be a fencing badass, most likely cut off V.G.'s ear during a sword fight. Ze Germans also claim the two men decided it would be in their best interest to cover up the truth.

According to reports, the curators at the Van Gogh Museum in Amsterdam are still backing the legendary self-mutilation story -- but one fact remains ... a snail that has to pee will still be known as Escar Gotta Go.