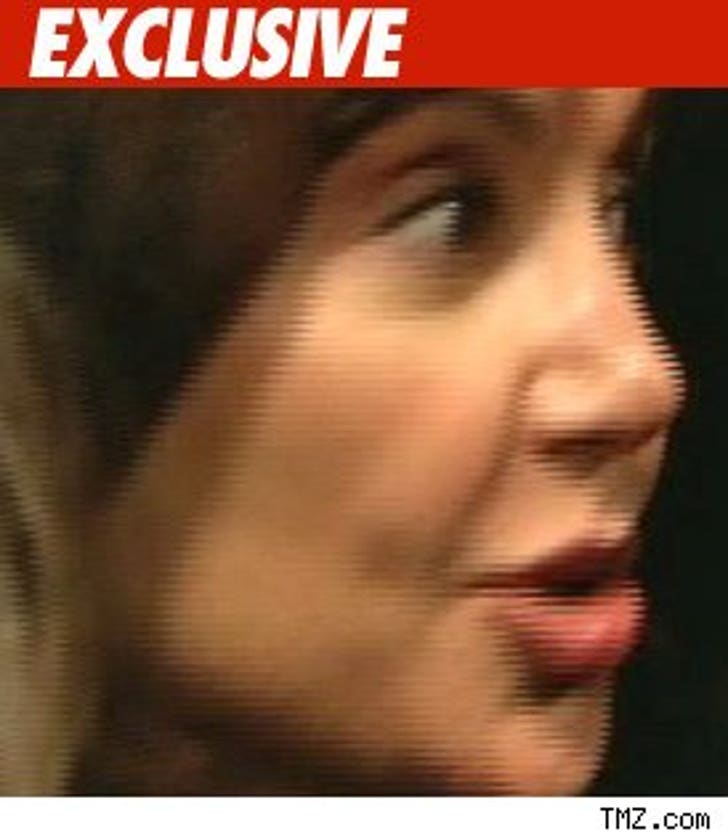 Victoria Principal has just filed a lawsuit, admitting she did pull a gun on her former maid, but only after the maid threatened her, injured her dog and went on a wild tear.

The maid, Maribel Banegas, sued Principal yesterday, over the whole gun thing. But in Principal's lawsuit, the actress says on December 26, 2008, the maid was told she was fired and flew into a rage and "repeatedly slammed the back door with such force that...the door frame itself was damaged."

The suit claims the maid struck and injured another maid in the house, then grabbed Victoria's small dog and left the house.

An hour later, Victoria called the maid on the cell phone, demanding the return of the dog. A short time later, the large maid (6 feet tall, 160ish) returned "dragging Principal's dog into the kitchen on such a taunt [sic] leash that the dog's front paws were lifted off the ground and so roughly that the dog was coughing and wheezing and its eyes bulging."

The suit claims the maid was screaming, "Give me money."

The suit claims Victoria was so terrified, she went upstairs to her bedroom and retrieved a handgun, came down and told the maid to leave. The maid allegedly started pounding the kitchen counter and began shouting. She walked toward Victoria, who then "cocked the handgun and told Banegas to leave." That did the trick. Kinda. The maid ran in the guest house, locked herself in and Sheriff's deputies had to come and remove her.

The next day, Victoria found her 16 pound dog "writhing in pain." The vet said the dog was suffering from "stress-induced gastritis."

Victoria is suing for unspecified damages.

UPDATE:
The L.A. County Sheriff's Dept. tells us the maid contacted them on January 9, 2009, claiming Principal had assaulted her. The matter was investigated, sent to the L.A. County D.A., and the case was rejected based on "insufficient evidence."