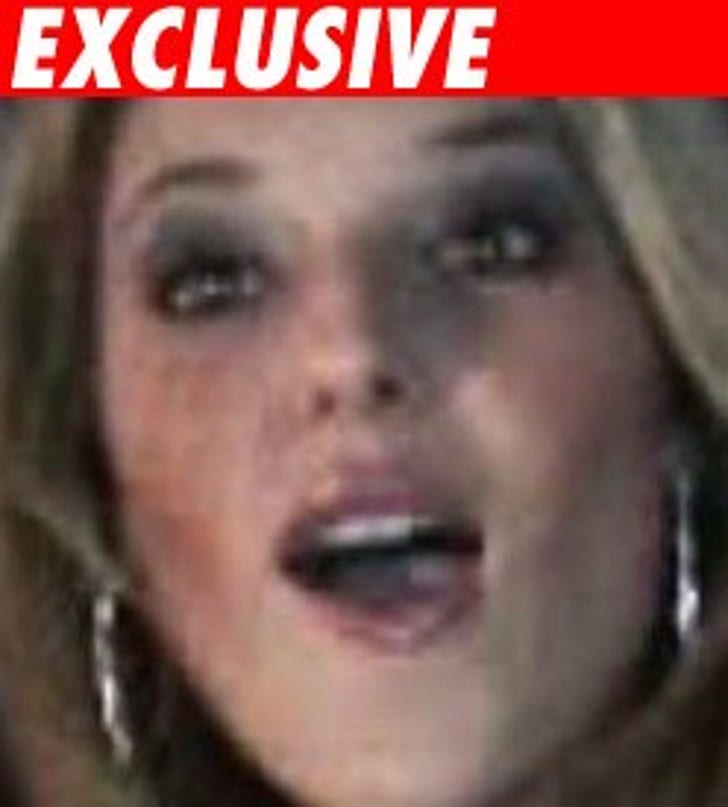 If your phone rings and there's a voice recording asking you to donate money and sign a petition against gay marriage, you can draw comfort from the fact that the person who recorded the message is really hot.

We found out Miss California USA Carrie Prejean recorded that message for the National Organization for Marriage (NOM) during a recent trip to Washington D.C. She's certainly accessible to NOM, but she's been like the topless version of Phantom of the Opera for the folks at Miss California... she will only communicate with pageant officials through her publicist -- the same dude who was the publicist for Billy Graham.

By the way, the pictures that we did not post showing a topless Carrie... even though her lawyer says she was 17 when the photos were taken, we obtained an email from a former pageant sponsor of hers, who says on or after January 6, 2009, Carrie sent him the photo (posted on thedirty.com) asking if she was in good enough shape for the Miss USA Pageant. The upshot -- the sponsor says he knows "for a fact" she was not 17 in that picture.