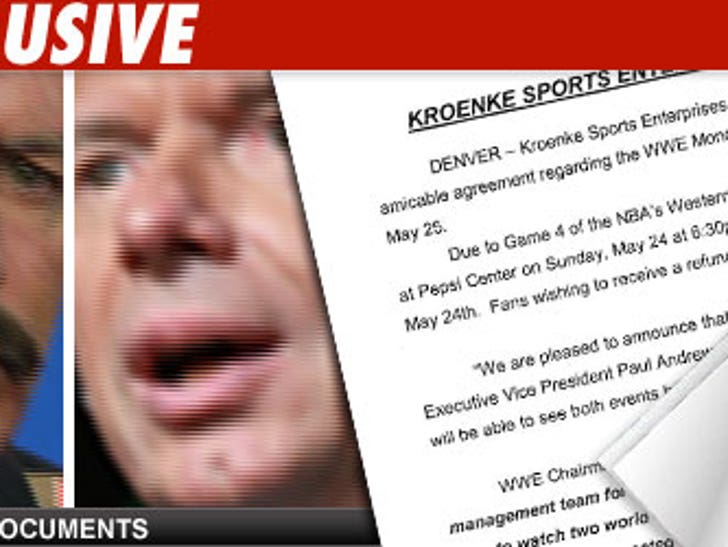 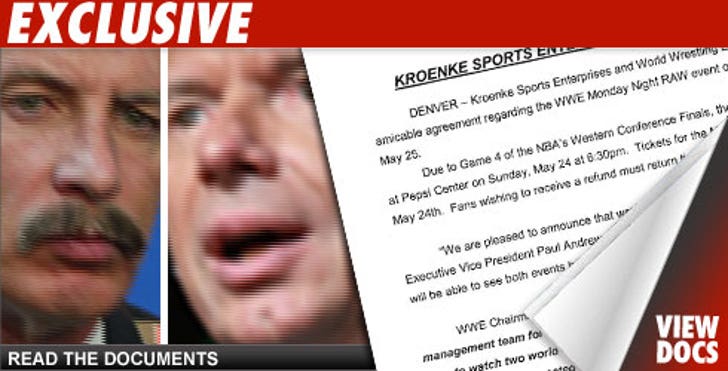 Before a deal had been made regarding the stadium dispute, the unreleased draft was written by Kroenke Sports and submitted to the WWE for their approval to send out to the media. It contained the following pre-written, butt-kissing, "quote" from Vince McMahon -- a quote Vince claims he never, ever said:

"By all accounts, Mr. Kroenke is one of the most respected professional sports team owners in the world, and the professional way he and his staff good-naturedly handled this conflict gives further testament to the type of business leader he is. We look forward to Sunday's WWE event and future events at the Pepsi Center."

We all know Vince had different things to say about Kroenke.