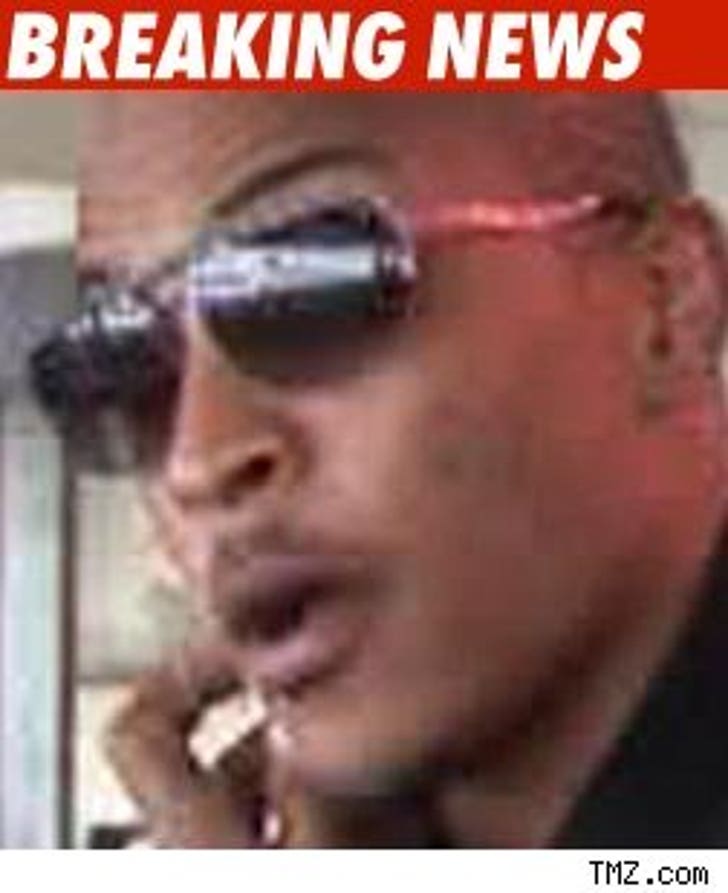 Rapper T.I. has checked himself into the federal prison in Forrest City, Arkansas, according to one of his attorneys.

We're told T.I. reported to the minimum security prison prior to the 12 PM deadline. The 28-year-old rapper was sentenced to 366 days after he was busted trying to buy unregistered machine guns and silencers from undercover federal agents back in 2007.

Sources say the rapper spent his last day of freedom with close family and friends at his home in Georgia.

UPDATE: T.I.'s other lawyer told us the rapper was on time at the prison -- but after seeing the mob of media, they drove around looking for a better way to get in. This caused T.I. to be late 12 PM check-in. Not a good start...