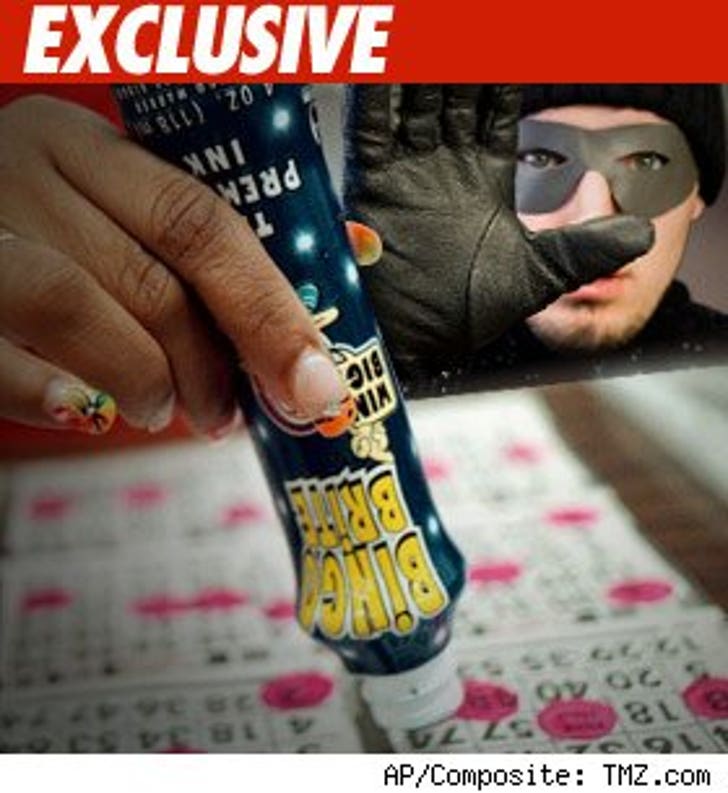 The mother of Sacha Baron Cohen's alleged victim is a bona fide badass -- she was ballsy enough to pull a gun on two armed robbers in 2003 at the same bingo hall were the Cohen incident took place.

According to documents, on the morning of Jan. 11, 2003, two gunmen entered the United Desert Charities building to steal roughly $10,000 in B-I-N-G-O dough.

Five people were there at the time: One being Nora Kirkbride, mother of Richelle Olson -- the lady who's suing Sacha.

The docs say Nora "grabbed her gun and came out of her office" -- but wised up and relinquished her weapon when the robbers demanded it. E for effort, Nora.

The gunmen ended up making off with the cash -- but were later caught, convicted and jailed.

All the people at the UDC luckily escaped unscathed -- except, of course, for a few pair of soiled undergarments.