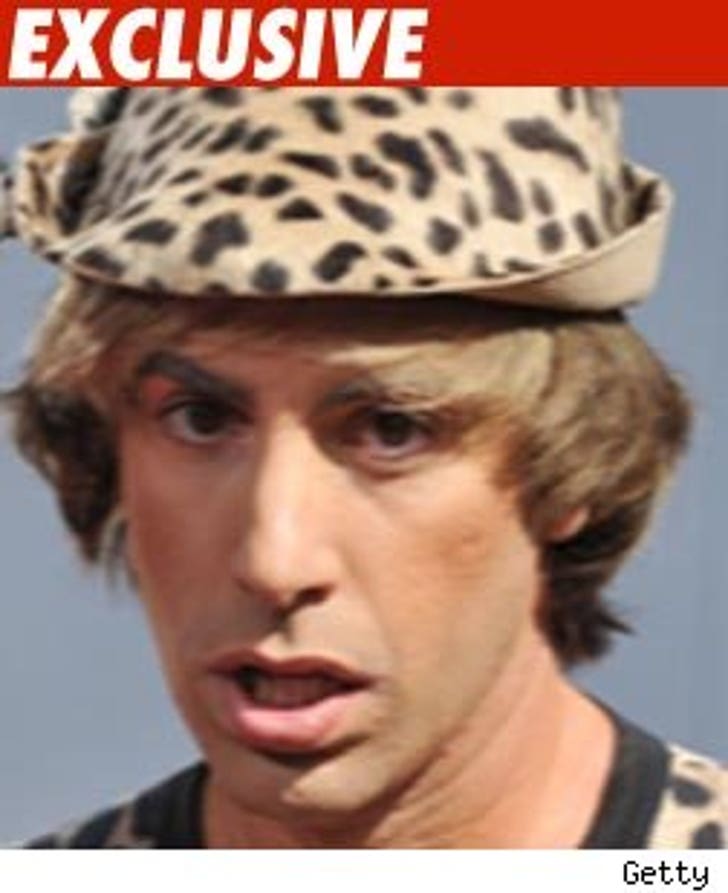 It's all fun and games until someone gets confined to a wheelchair -- which is exactly what one woman is claiming after she was allegedly attacked and left "crippled" by Sacha Baron Cohen (as Bruno) at a Bingo hall in 2007.

Richelle Olson has sued Cohen, NBC Universal and others claiming they told her Bruno was a celeb and would appear and call numbers at the charity bingo game she ran for the elderly in Palmdale, CA. Olson was none too happy when she saw Bruno, whom she describes as an "extreme, outrageous, offensive caricature of a gay man dressed in sexually revealing clothing with an Austrian accent..."

Olson alleges Bruno used "vulgar and offensive language" and when she tried taking the mic from him, a "physical struggle ensued" and Cohen "offensively touched, pushed and battered" her, causing her to fall to the ground.

She then claims three cameramen and others rushed the stage ... "where defendants attacked [her] for a period of one to five minutes to intentionally create a dramatic emotional response ... while [they] recorded her humiliation and embarrassment."

After the alleged assault was over, the suit says Olson went into another room where she was "sobbing uncontrollably" ... then was rendered unconscious ... "falling forward onto the thinly covered concrete slab, passing out and causing her to hit her head."

The suit says Olson was rushed to the hospital with a "diagnosis of two brain bleeds" -- and that she has been confined to a wheelchair and walker ever since.

Olson -- the Executive Director of Desert Valley Charities -- and her husband are suing for unspecified damages, including loss of marital relations.