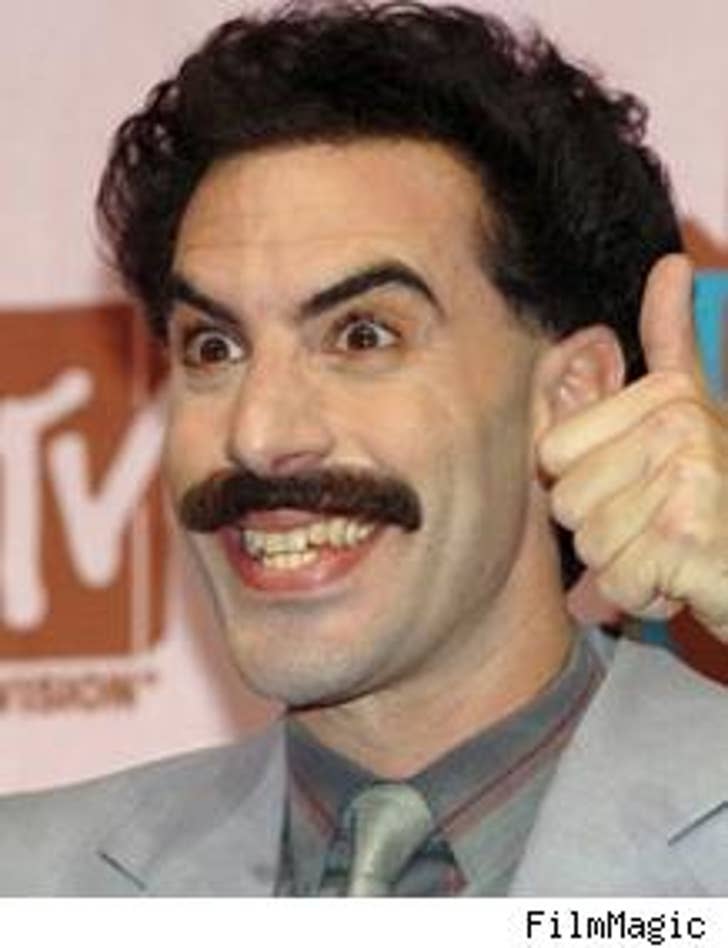 An Alabama etiquette coach who got a little nudie-pic shock in "Borat" is taking off her white gloves and suing Sacha Baron Cohen -- almost a year after the movie was released. Sexy time -- to give it a rest!

Kathie Martin, who runs the Etiquette School of Birmingham, Ala., is just the latest Borat "victim" to bring legal action against Cohen and 20th Century Fox. In Martin's suit, filed in Manhattan Supreme Court, she alleges "commercial misappropriation, fraud, unjust enrichment, invasion of privacy and intentional infliction of emotional distress" by the movie's producers, and is seeking undisclosed damages.

In her scene in "Borat," Martin is shown a naked picture of Borat's "son" during the course of their "interview." Another Birmingham etiquette coach, Cindy Streit, filed a complaint with California's Attorney General last year, alleging violations of the state's Fair Trade Act.