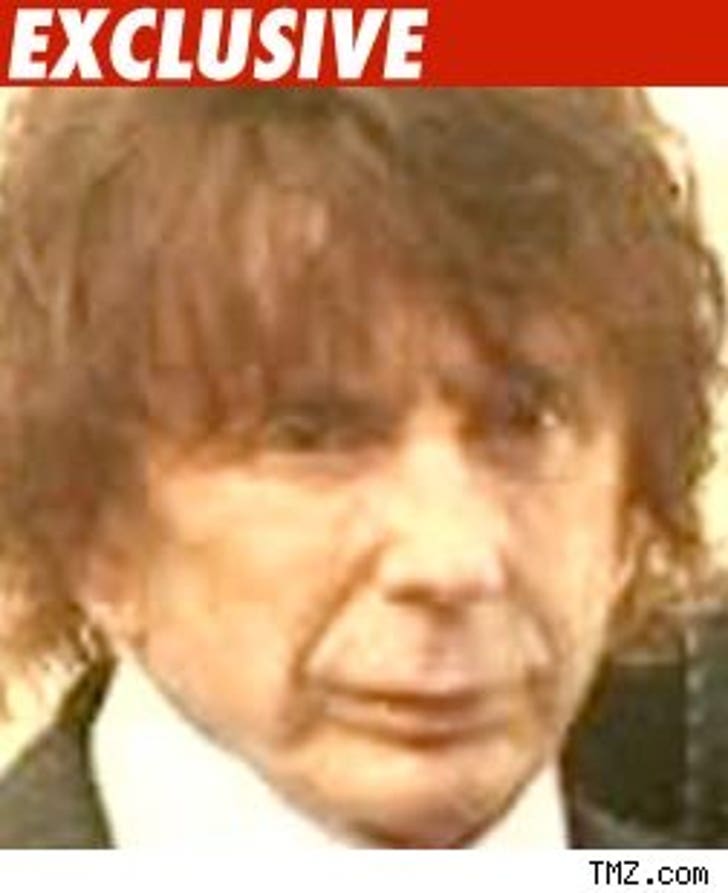 Phil Spector is officially on the move -- TMZ has learned the convicted murderer is currently being transported to a brand new big house.

Spector was chained up at his waist, legs and wrists and loaded onto a "hidden transport vehicle" -- which will take him from his old cell in Downtown L.A. to his new temporary home -- North Kern State Prison, which is right near Bakersfield, California.

We're told Spector could stay at Kern for up to 6 months while officials will evaluate him and decide which house of detention he will spend the rest of his life.

One thing Spector won't have to worry about -- dude gets to shower by himself at his new prison ... so he can drop the soap as much as he wants.

UPDATE: Spector has arrived. The world is safe yet again.