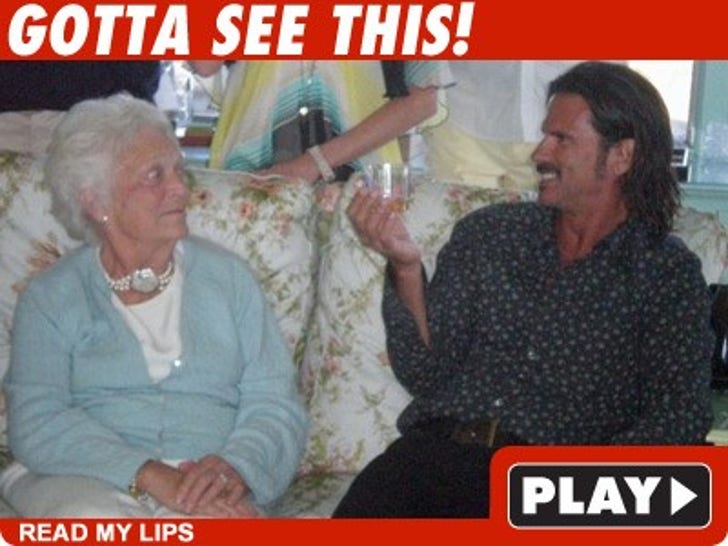 George Bush wasn't the only one gettin' some action at Kennebunkport -- because Barbara Bush got serenaded by the one and only Lorenzo Lamas at her 84th birthday party! 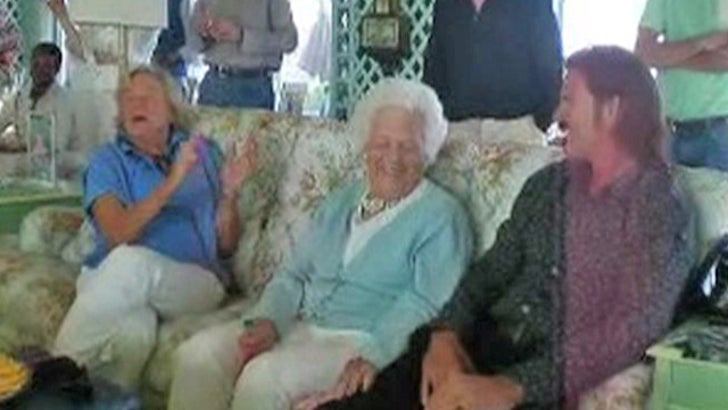 Lorenzo's in Maine performing in the Ogunquit Playhouse's "A Chorus Line."

UPDATE
-- Lorenzo Lamas released a statement that reads, "It was a memorable day for me and my brother Steven, along with the cast of a show I'm doing up in Ogunquit, Maine. President Bush and his gracious wife Barbara invited us all up to their compound in Kenebunkport [sic] for a pool party. After swimming we all went inside for some cocktails and impromptu singing. I sang 'Solamente Una Vez' to Mrs. Bush. It was a song that I remember my father loved to sing. The highlight of the day for me was George Sr. Driving his speedboat full throttle to the compound. I swear he almost shook the Secret Service detail following us."