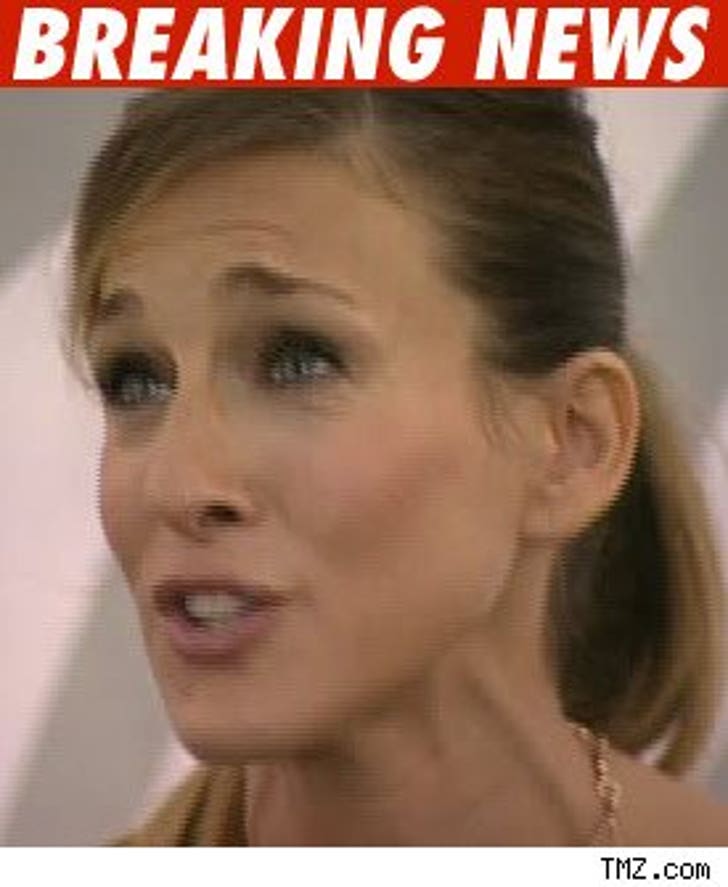 This one qualifies as shocking ... two police chiefs in the area where Sarah Jessica Parker's surrogate mother lives are under investigation -- for allegedly concocting a plan to break into the surrogate's home to get info for a tabloid.

Martins Ferry Police Chief Barry Carpenter and Bridgeport Police Dept. Chief Chad DoJack allegedly were behind a plan to burglarize the surrogate's home in Martins Ferry, Ohio and then sell info to a tabloid reporter -- this according to WTRF TV.

We're told investigators have seized several computers. As for the operating theory -- investigators believe the culprits were trying to get photos from inside the house to show the living conditions.

It appears there really was a break-in a few weeks ago.

UPDATE: Police Chief Barry Carpenter told WTOV: "I'm 100% innocent in this and my department is as well."