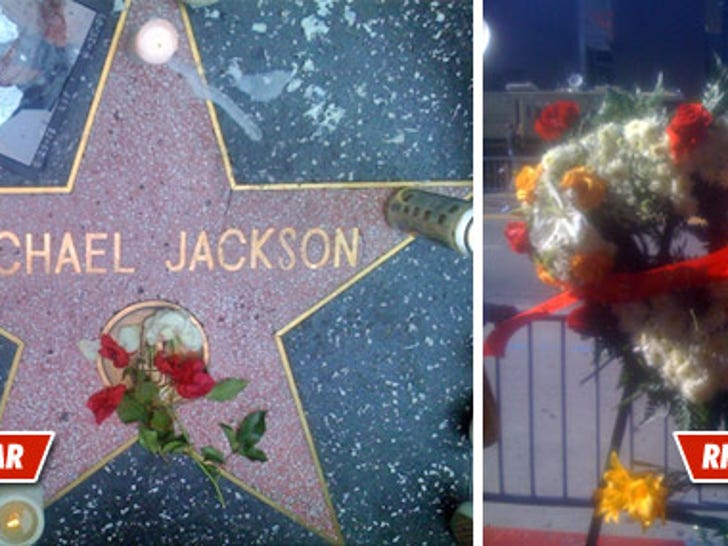 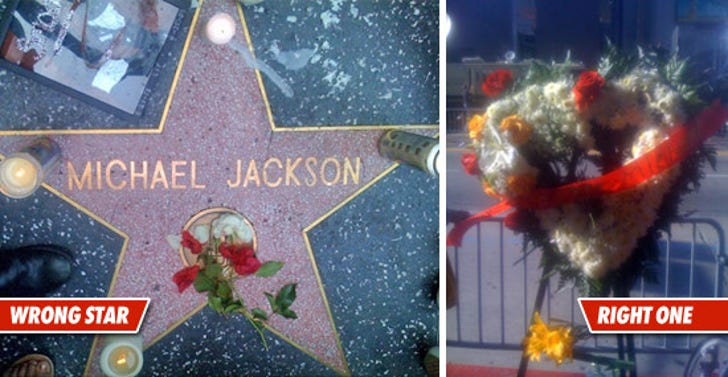 The star for Michael Jackson -- the singer -- is covered up because of the "Bruno" premiere. People are mistaking MJ's covered star for the star of longtime L.A. radio personality Michael Jackson.