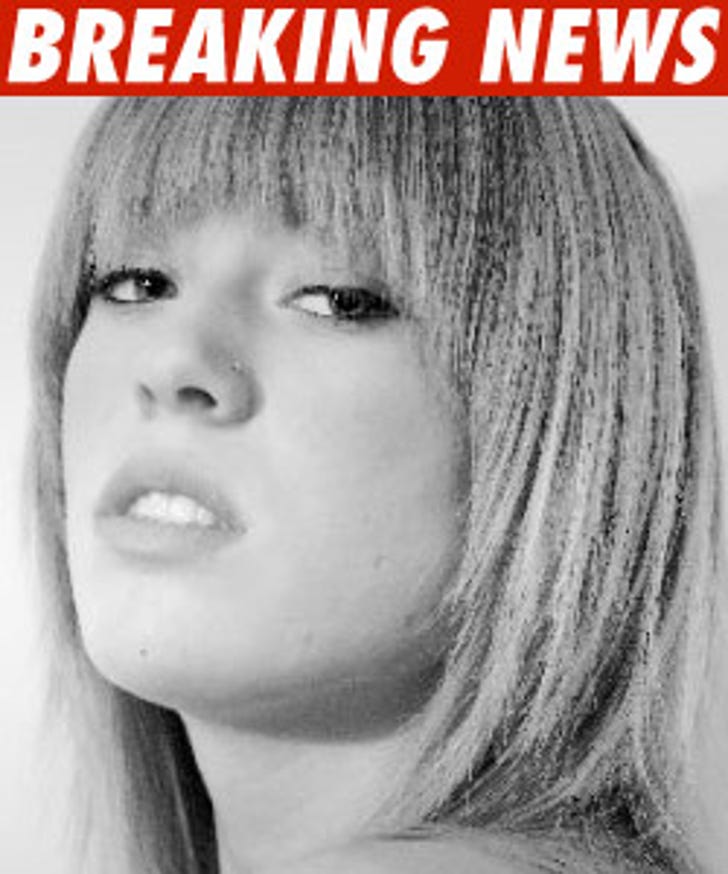 Ryan Jenkins' half-sister may be the woman who dropped him off at the motel where he ultimately killed himself, this according to The Vancouver Sun.

The Sun reports a silver PT Cruiser with Alberta plates -- which matches the description of the car seen dropping Ryan off at the Thunderbird Motel -- was spotted at Alena Jenkins' condominium in Vancouver late Tuesday night.

Court records show that Ryan's father also owns a PT Cruiser, but it's unclear if the car at Alena's place is the same vehicle.

Royal Canadian Mounted Police Cpl. Norm Massie would not confirm Alena is the woman who helped Ryan check into the motel -- but did say they would need some proof that the mystery woman knew Ryan was a wanted man before they could press charges.

Jenkins -- who was wanted for the murder of his wife Jasmine Fiore -- was found hanged in his motel room three days after he checked in.