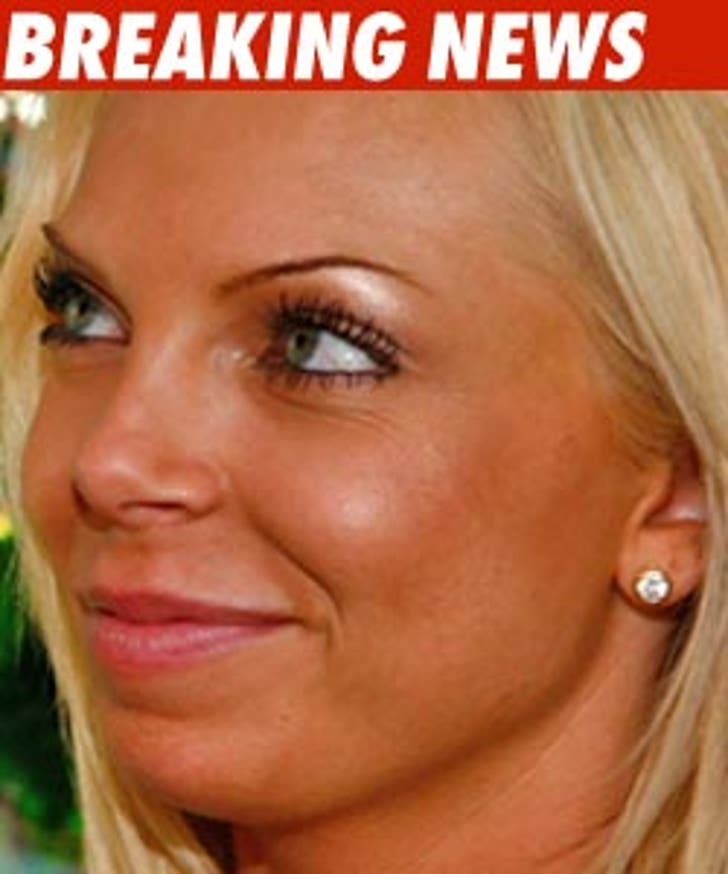 Buena Park police are holding a press conference right now about Jasmine Fiore's murder and said there were blood splatters inside her Mercedes -- the car they found yesterday abandoned in a parking lot in West Hollywood.

It appears a lot of hair pulling occurred. There was blood splatter on the back windshield. Cops say the only trauma on Jasmine was to her face and she had a broken nose.

Cops say the car had definitely gone off-road at some point -- there were mud stains on the tires and there were twigs caught in the undercarriage.

Cops say she could have "easily fit in the suitcase."

Cops say her fingers were cut off at the tips postmortem. A few pieces of her bloody clothing were found in the trunk. Cops say they are still looking for certain articles of her clothing.

Both suspect and victim were seen entering her Mercedes at the San Diego Hilton at 2:30 AM on the morning of August 14 -- it's believed they were at a poker party at the Hilton. Jasmine was never seen again. Later that morning, Jenkins was seen leaving the L'Auberge Del Mar -- the hotel where they were staying at in San Diego -- at 9:20 AM. The next time he was seen on video was at 5 PM at his residence in Los Angeles.

This is the big mystery ... where was Jasmine when Ryan was seen checking out of the L'Auberge?

Cops say Ryan possibly assaulted her in the vehicle near Corona -- 96 miles north of San Diego -- between the hours of 11 AM and 2 PM. The car possibly went off road during the assault. The area where the car went off road may be where he assaulted her further. The next day she was found in the trash. A witness saw Ryan in Buena Park near the area where her body was dumped.

They say the Corona area is of interest because her suitcase and other remains may be in that area.

Another question: Could she have been killed before Ryan was seen leaving the L'Auberge? Ryan could have used the "off-road" area near Corona to remove her teeth and fingertips, etc.

A preliminary report by the coroner says she was killed by strangulation. Some sort of violent act occurred in her Mercedes. Cops say she was either killed in the car or at the hotel.

A bladed sharp instrument was used to cut her fingertips off, they don't know exactly what.

The severing of her fingers was definitely done postmortem. Her nose was broken and she sustained head injuries. Pliers could have been used to pull her teeth out. There were fragments of her teeth in the suitcase.

Cops say it was a domestic violence case gone bad ... and it was all over "jealousy." They would not specify further.

Jasmine's Mercedes was abandoned 1.3 miles from Ryan and Jasmine's residence in Los Angeles.

Cops say there's evidence there was flailing of arms consistent with a struggle inside the Mercedes. Cops say the Royal Canadian Mounted Police have not been very forthcoming with evidence found at the motel where Jenkins killed himself ... including whether or not there was a suicide note.

Jenkins suitcase -- the one he left the L'Auberge with -- was found in a storage facility in Washington state. Cops say one of the suitcases he left the hotel with is similar in size and color to the one Jasmine was found inside.

Cops say Ryan had no help from anyone in California. They say Ryan drove to Nevada then up to Washington.

Cops also say there was no evidence of sexual assault on Jasmine.