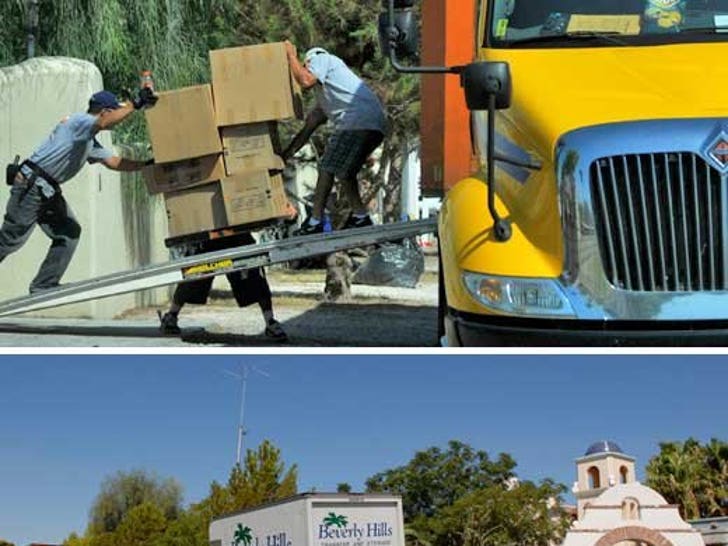 A bunch of Michael Jackson's stuff was moved out of his Las Vegas home yesterday -- and judging by previous collections of MJ's property, there was probably a lot of interesting items in those boxes.

We're told Jackson's property is being moved to a storage facility in Los Angeles -- the best of which may be used for Michael's upcoming memorabilia tour.