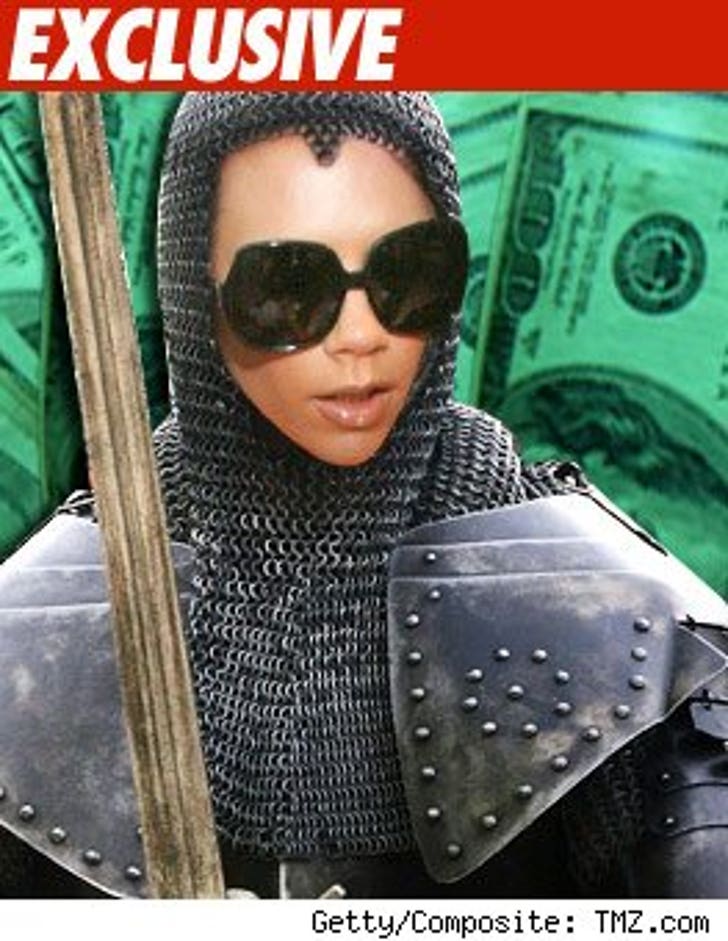 She came to watch the knights do battle -- but it was Posh Spice who delivered the death blow ... stiffing her waiter during a recent trip to Medieval Times.

Sources employed by the M.T. "kingdom" tell TMZ that Posh brought her children -- and a couple of bodyguards -- to enjoy a feast and a medieval show at the Buena Park, CA location this past Saturday night.

But before the jousting and the sword fighting came to a close, Posh and her crew left the show early -- and multiple sources tell us she didn't leave a tip for the server who took care of the group.

And now for the "Bad Medieval-Themed Closing Line of the Day" -- Looks like getting a tip from Posh is harder than pulling a sword from a stone!