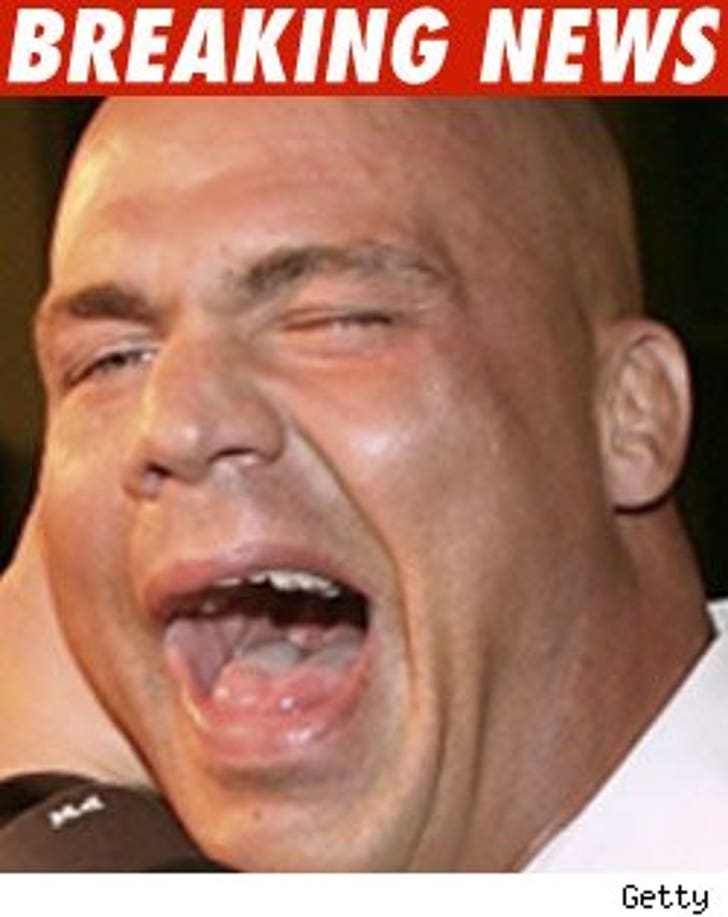 Former Olympic gold medalist Kurt Angle dodged a bullet after his ex GF said he violated a court order by following her to a Starbucks and staring her down.

Angle -- who appeared in a Pittsburgh court yesterday -- was also cleared on charges of possessing human growth hormone ... which cops say they found in his car when they arrested him outside the Starbucks last month.

Angle convinced the judge he had a prescription for HGH to treat neck injuries -- he broke his neck back in '96.

Kurt still faces assault charges for allegedly beating the crap out of the ex-GF -- fellow wrestler Rhaka Khan. Rhaka had obtained a protective order against Angle nearly two hours before the Starbucks incident.