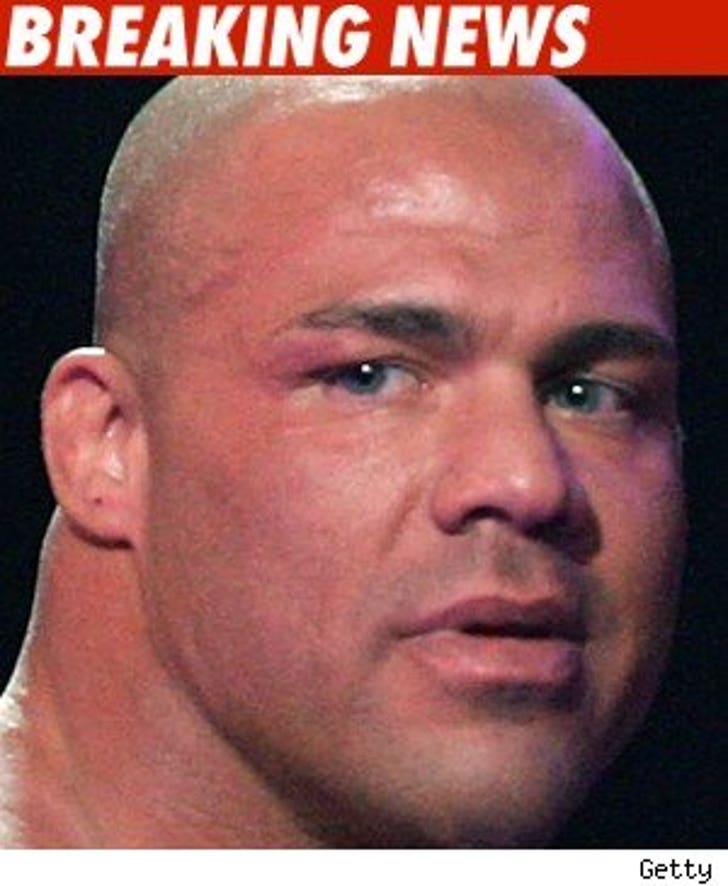 TNA Wrestling world champion Kurt Angle was arrested this morning for allegedly harassing a female wrestler who had a protective order against him.

Angle allegedly was served with a "protection from abuse" order earlier in the morning -- and then was spotted following the woman to a local Starbucks.

According to WPXI in Pittsburgh, Angle was also in possession of HGH and was driving on a suspended license.

Angle is scheduled to compete in a TNA event in Orlando Sunday night.