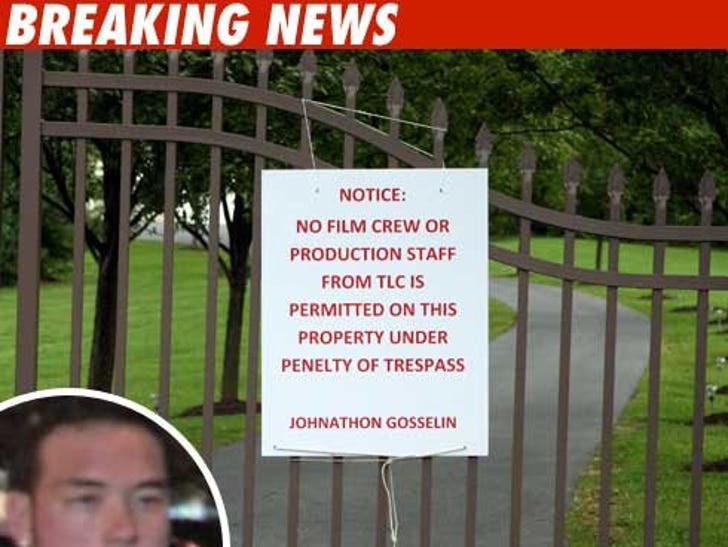 Jon Gosselin has finally found religion for his children -- but it's a little late.

TMZ's confirmed Jon has sent a letter to TLC demanding they halt production of "Jon & Kate Plus 8" or any other show with his children STAT.

Gosselin now claims the filming is detrimental to his kids and he's now determined to bring in police if that's what it takes to stop the production.

So coincidence? Jon was just 86'd from the show -- which will be relaunched as "Kate Plus 8" in November -- and a day later he's suddenly worried about the kids he sporadically sees. A source connected with the production says Jon had no problem shooting the show as recently as last Friday ... but since he was essentially fired from the show this week, he's suddenly worried about his children.

FYI ... whoever put up the sign misspelled "penelty" and "Johnathon."