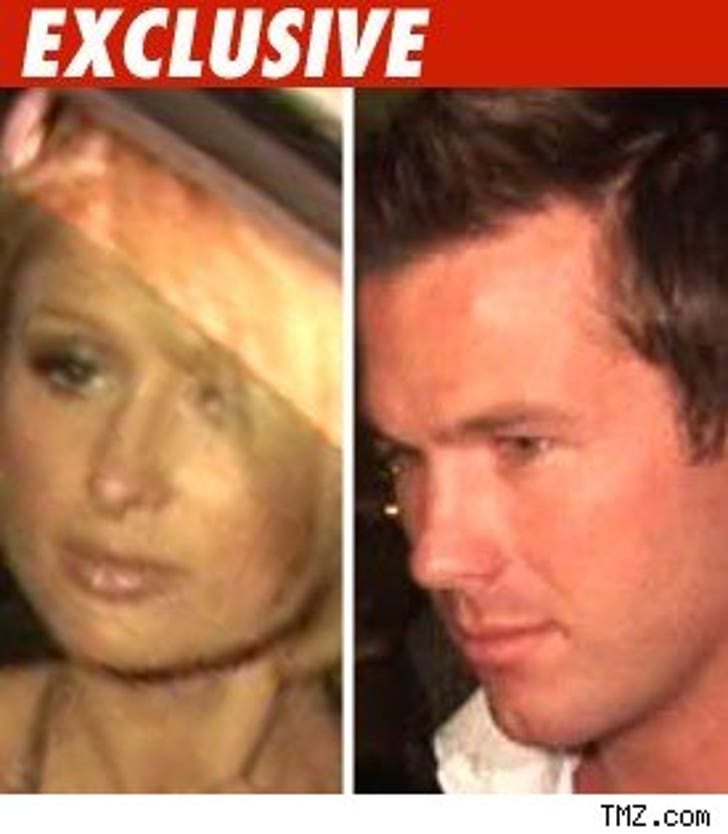 Paris Hilton and Doug Reinhardt got into an epic fight early this morning ... so much so the LAPD responded to a call -- "Drunk people arguing" -- this, according to law enforcement sources.

It happened a few hours ago in the Hollywood Hills. An eyewitness tells us he saw Paris in her driveway and Doug getting in his car, when Paris began screaming, "Don't go, don't go!"

The eyewitness tells us Doug got out of the car and the lovebirds began "shoving each other."

The last the eyewitness saw Paris and Doug go back up the driveway.

According to law enforcement, cops spoke to Paris and left.