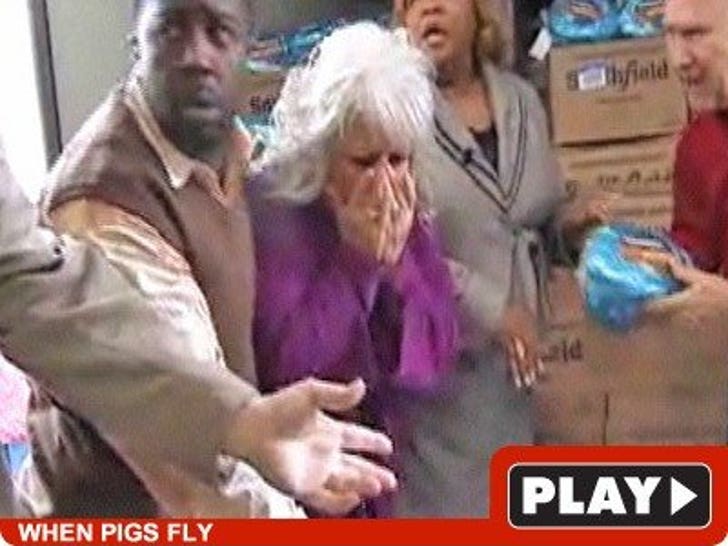 Swine flew ... when somebody threw a packaged ham at an unsuspecting Paula Deen -- and it smacked her right in the face. 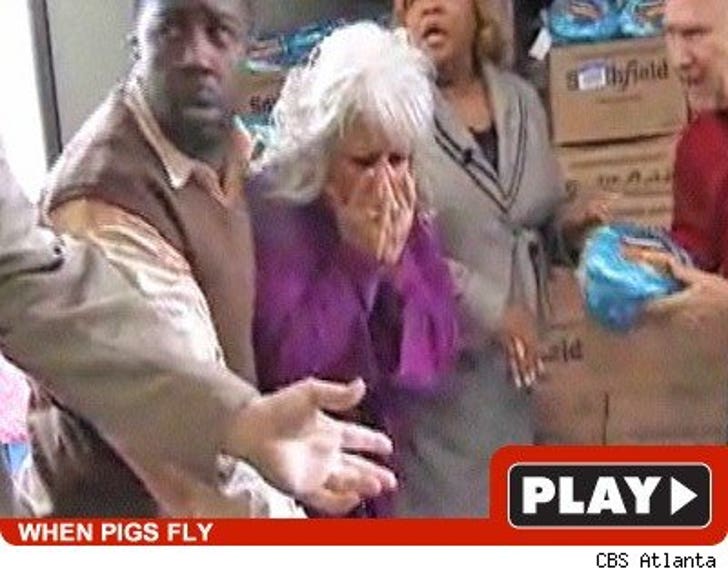 According to CBS Atlanta, it all went down earlier today at an event for Hosea Feed the Hungry and Homeless.

UPDATE: No need to worry ... we spoke to Paula's rep, who said Paula didn't break any bones or anything and was simply shaken up by the incident.