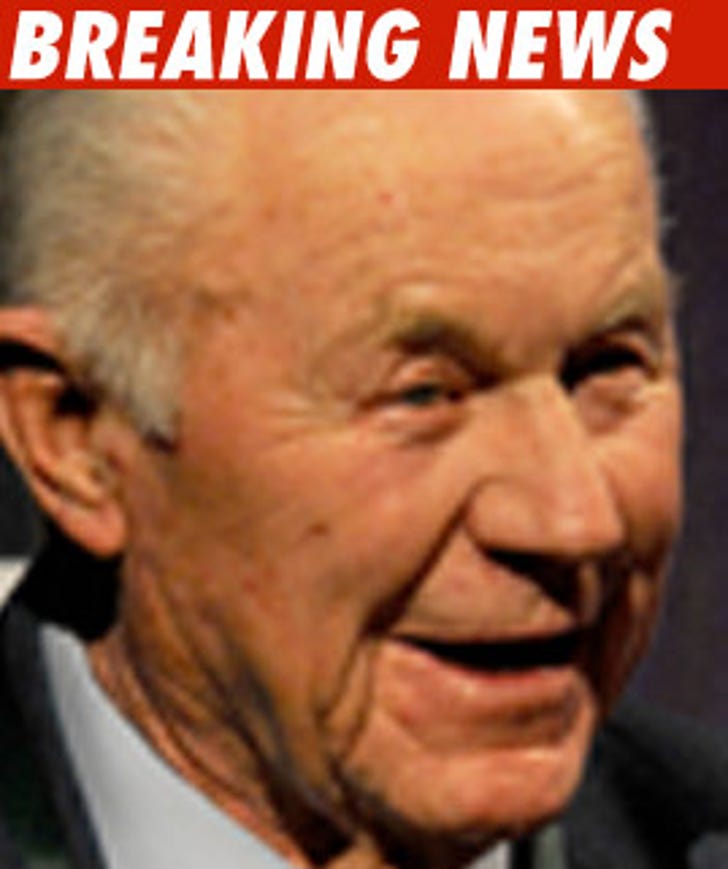 General Chuck Yeager -- the first pilot to fly faster than the speed of sound -- is pissed off at an airline company that compared his death-defying accomplishment to in-flight Internet service.

Yeager filed a lawsuit against Virgin America, claiming he never gave them permission to use his name in a press release which stated, "Not unlike Buzz Aldrin or Chuck Yeager, you have the opportunity to be a part of a monumental moment in air travel. The communication highway now has wings with in-flight WiFi at every seat on every Virgin America flight..."

In the suit, filed yesterday in San Francisco County Superior Court, Yeager claims even if he did allow his name to be used -- he would require "a substantial sum."

Gen. Yeager is suing for unspecified damages -- but the coolest part of the suit mentions an event in October in which the 86-year-old icon flew "an F-16 aircraft at the speed of Mach 1.6, breaking the sound barrier once again."

UPDATE: A rep for Virgin America tells TMZ, "We regret the incident and plan to try and resolve this issue with General Yeager's attorneys."