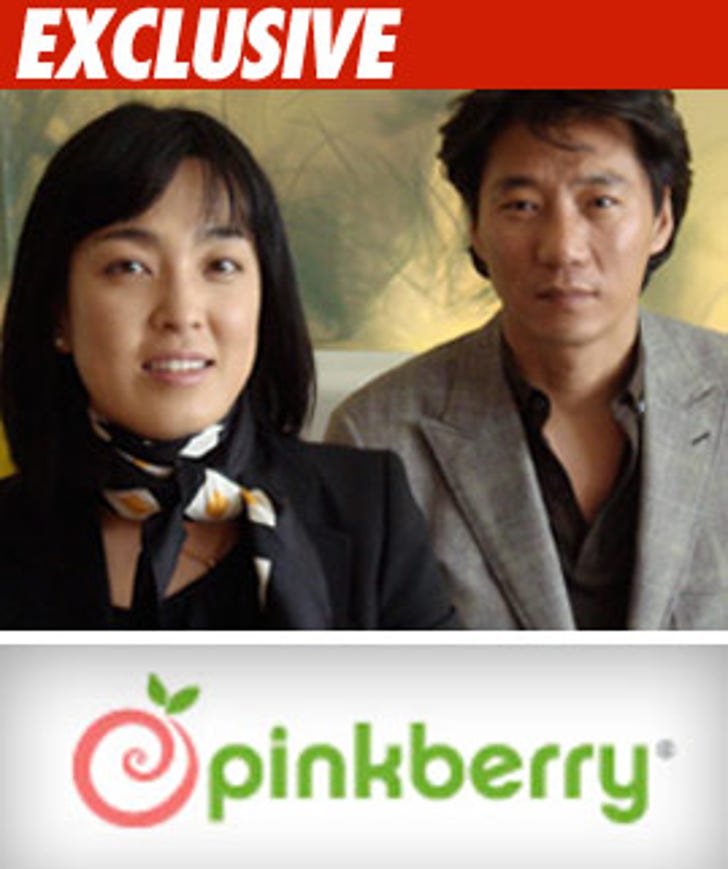 The frozen yogurt ain't the only thing served cold by the people who created Pinkberry -- they also specialize in icy divorce papers.

The two co-founders of the legendarily successful dessert shop are calling off their marriage -- and judging by the court docs, they've got millions of dollars of assets to unswirl ... including 14,000,000 shares of the company's stock.

According to the docs, filed in L.A. County Superior Court, Hyekyung "Shelly" Hwang claims she has rightful claims to several tasty items including an L.A. Pinkberry location, a 2008 Bentley, a $30,000 bank account, $300,000 in treasury bills, furniture, artwork, and jewelry.

It's unclear how much the couple is worth -- but judging by the 73 locations that sprang up in 5 years, we're guessing there's a ton of yogurt money up for grabs.