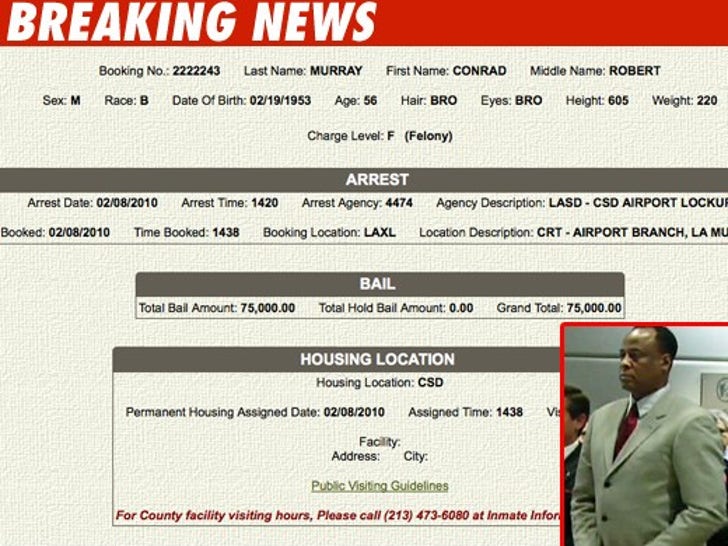 Take a look at the L.A. County Sheriff's official website -- it shows that Dr. Conrad Murray was officially booked moments ago at 2:38 PM PST. 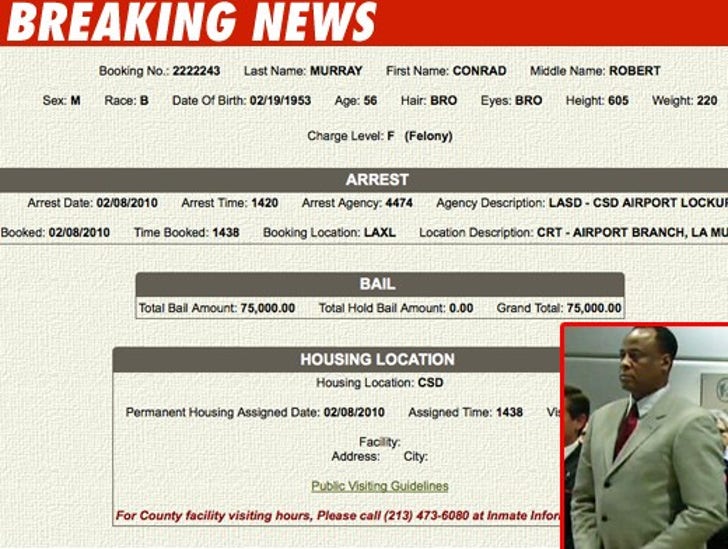 We're told the bail bondsman has already posted Murray's $75,000 bail -- so he should be walking out of court shortly.

UPDATE: Murray has posted bail and has been released.