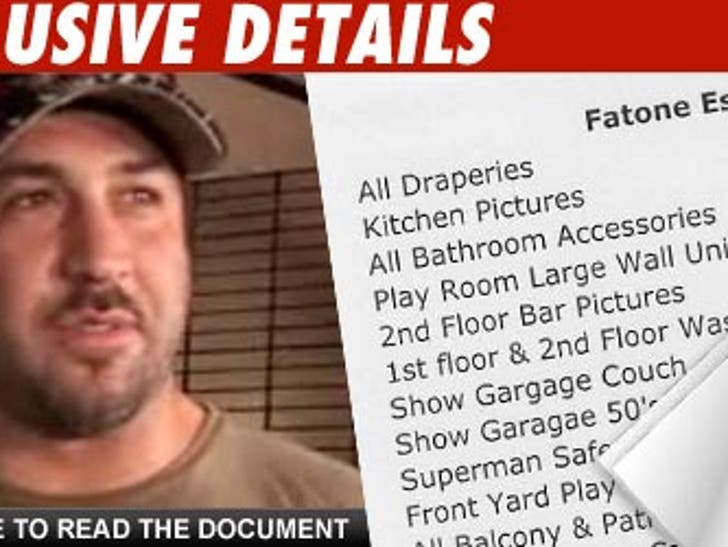 But the potential buyer didn't just want the house, he also wanted the "Star Wars" figure ... and a bunch of other cool stuff in the home.

According to Joey's rep, Fatone drafted a list of all the awesome items in the home that he was willing to part with -- along with the amount of money he planned to charge for each one. Some of the highlights include:

In the end the deal went belly up ... and it's unclear why the potential buyer decided to pass. Maybe The Force just wasn't strong with him.