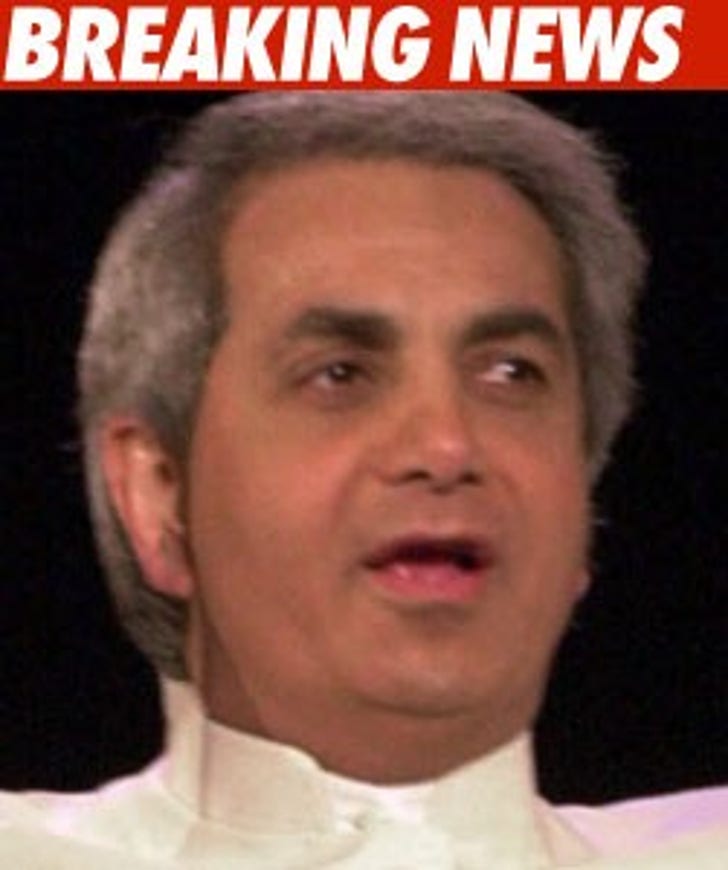 Mega-minister Benny Hinn apparently couldn't apply his healing powers to his own marriage -- because the dude's wife just filed divorce papers claiming their marriage has given up the ghost.

Hinn claims the divorce filing came "without notice" and that he is "shocked" -- despite the fact that the high-profile religious couple has been separated since last month.

Hinn has come under scrutiny recently over suspicion he has false profits -- because the preacher has allegedly been raising money under the guise of a ministry simply to enrich himself.

Hinn is best known for his spiritual healings at events he calls "Miracle Crusades" -- but looks like he's powerless when it comes to saving his marriage.