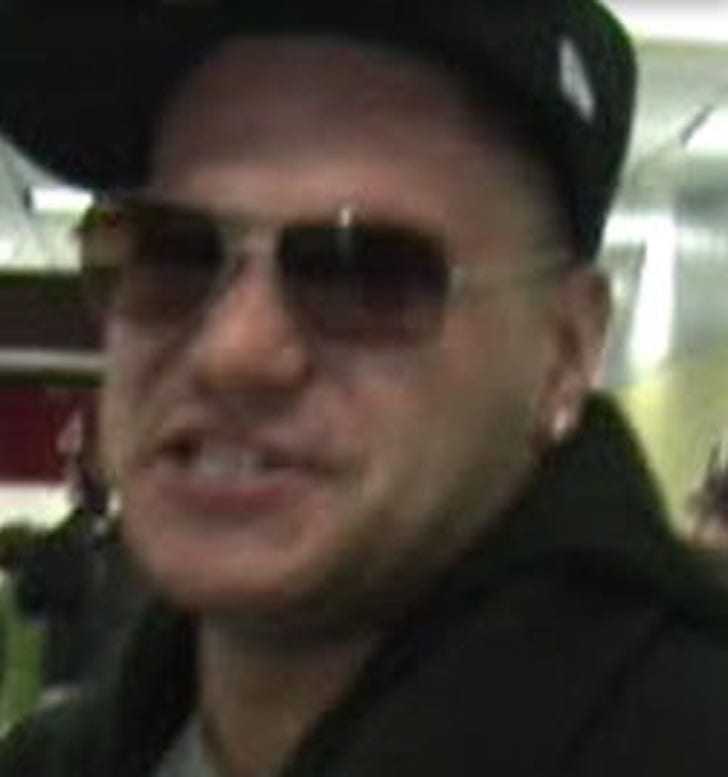 Ronnie from "Jersey Shore" has finally issued a half-ass apology for the homophobic rant he spewed during one of his fights on the show ... blaming the whole ordeal on "the heat of the moment."

The disgusting rant in question was made public earlier this week when never-before-seen footage of his first "Jersey" brawl leaked onto the Internet.

In the video, Ronnie can be heard calling the guy a "f**king f**got" and a "f**king queer" right before he beats the hell out of him.

So yesterday, Ronnie posted the following message on his Twitter:

"I apologize to my fans, In the heat of the moment i said a lot of things i didnt mean and im very sorry."