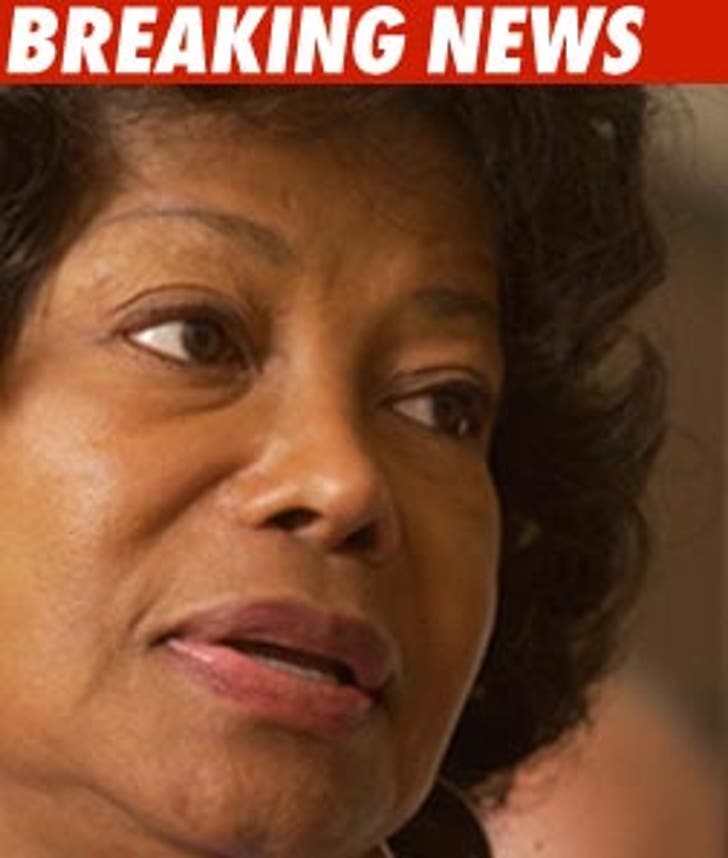 The Jackson family has released a statement about the stun gun incident which triggered an investigation by the L.A. County Department of Children and Family Services.

According to the statement, issued by Katherine Jackson's lawyer Adam Streisand, Jermaine's 13-year-old son Jaafar ordered a gun online and it was delivered to the Jackson family home two weeks ago in Encino. The statement says the gun was a "taser." Our sources say it was a stun gun, and we have a picture of the type of gun on the site (see below).

Streisand says Jaafar opened the package alone in his bathroom and "tested it on a piece of paper." According to the statement, Mrs. Jackson and security heard the sound coming from the second floor and confiscated the "taser."

The statement goes on ... Katherine removed the "taser" from the house. As we reported, a stun gun was at the house last night when social workers from DCFS confiscated it.

Now here are some of the discrepancies: Streisand says there was only one gun. Sources tell us some of the employees on the property will tell DCFS there were two guns.

Streisand says neither Blanket nor Paris saw or heard the "taser." Sources tell us some of the employees will tell DCFS Jaafar was in the same room with Blanket and Paris and pointed a stun gun at them.

Streisand says, "All of the kids are happy, healthy and wonderful and that is Mrs. Jackson's only objective and concern."