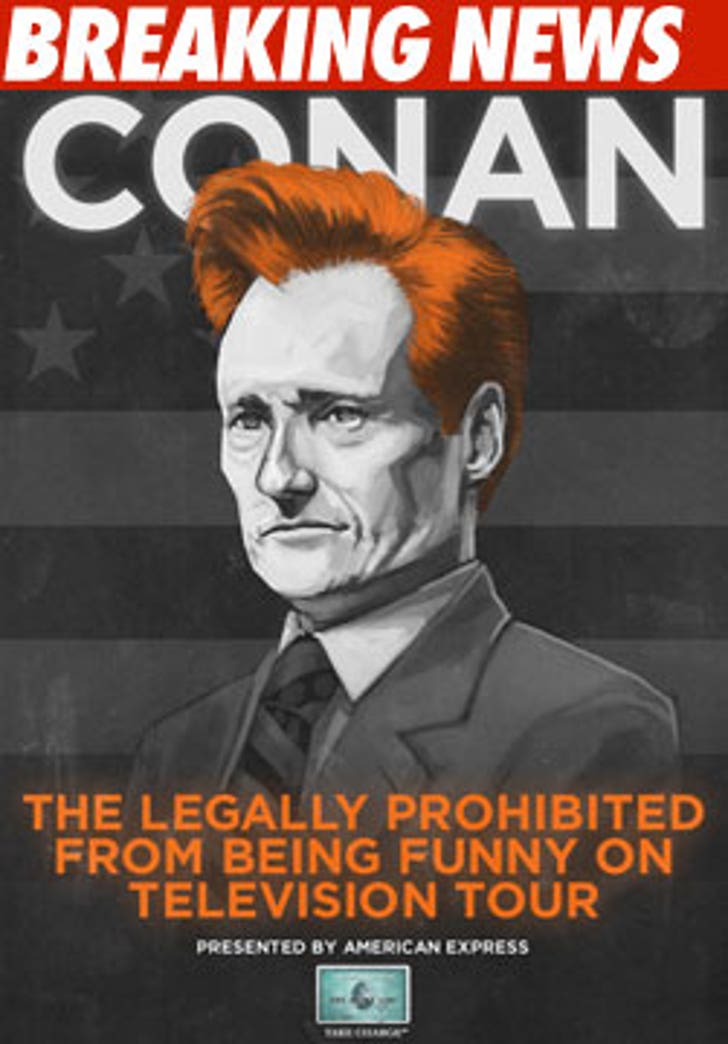 Conan O'Brien has announced a 30-city comedy tour -- but he's warning his fans, it's gonna be a "half-assed" performance.

As for what O'Brien will actually be doing on tour, Conan claims each show will be a "night of music, comedy, hugging and the occasional awkward silence."

The tour, which begins April 12 in Oregon, is officially titled "The Legally Prohibited from Being Funny on Television Tour."

O'Brien will hit major cities across the country -- and Canada -- and will even be back in L.A. on April 24.