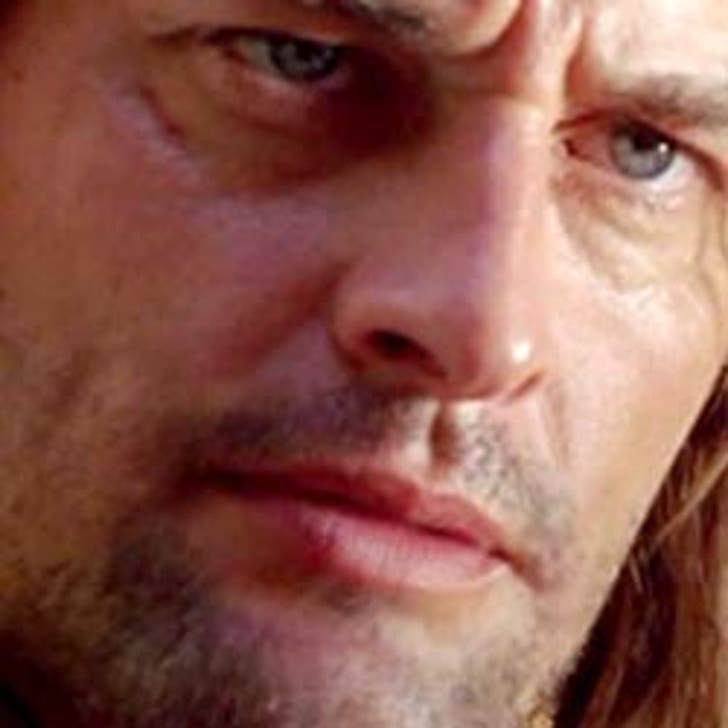 Theory my friend Chris tossed out to me this week: People who are Team Not Locke don't change for the better in their flash-sideways; they still remain who they are at the core. People who are against him seem to improve. Interesting thought. Something to keep in mind going forward.

9:02 -- Sawyer just finished doing the deed with some woman ... who called him Jimmy. Is there no Sawyer in this flash-sideways?

9:05 -- "Surprise." -- Well, kinda. This goes with two of the things I just mentioned -- people who go against Not Locke change for the better and Sawyer eventually switches teams.

9:07 -- Not Locke refers to the Black Smoke almost as if it's a separate entity. Interesting ...

9:10 -- Hmmm, James is searching for this Anthony Cooper. Maybe Sawyer isn't fully dead yet. And Miles' dad (alive!) has a friend that works at the museum. Gotta be Juliet, right?

9:24 -- After a below-average girl fight, Not Locke slaps Claire one time good. I am jealous.

9:25 -- Sawyer found the Ajira plane, which looks to be in pretty good shape.

9:31 -- Miles is doing the "I'm breaking up with you as my partner" thing 'cause he found out Sawyer went to Australia and not Palm Springs. I'd have congratulated him on banging Charlotte, but Miles went the other way.

9:43 -- Welcome to Team Widmore, Sawyer. If Widmore offered to take Sawyer off the island now, would he?

9:46 -- I love scenes that bring together two characters who have been on the show for years .. but have never met.

9:54 -- Sawyer spilled the beans to Not Locke, telling him all about his deal with Widmore. Kinda surprised to see him stay on Team Not Locke.

9:58 -- Sawyer wants to pit Team Widmore against Team Not Locke.

9:59 -- Kate wants to know who is going to fly the plane ... but Sawyer says they are taking the sub. Really? Is a sub more easy to use than a plane? I don't get that.

So the consequences of Team Not Locke and Team Jack (?) are becoming more and more clear -- and I think the theory of the flash-sideways showing us who ended up where is becoming more evident.

Everyone is who they were, but maybe just off a degree. James is still looking for Sawyer, but now he's a cop. Kate is still a fugitive, but she helps Claire. Jack is still divorced, but he has a kid (and maybe he's becoming a good dad).

Can a person really change who they are? It's been a theme for "Lost" since the beginning. Call it redemption, if you want.

Can a person change who they are? What do you think the producers of "Lost" think?

I give this episode a B. I definitely enjoyed it, enjoyed the flash-sideways more than usual and I thought the episode moved along quite well. The dialog lacked a certain zip for me to bump it up into that B+ territory (sacred ground). Overall though, quite good.