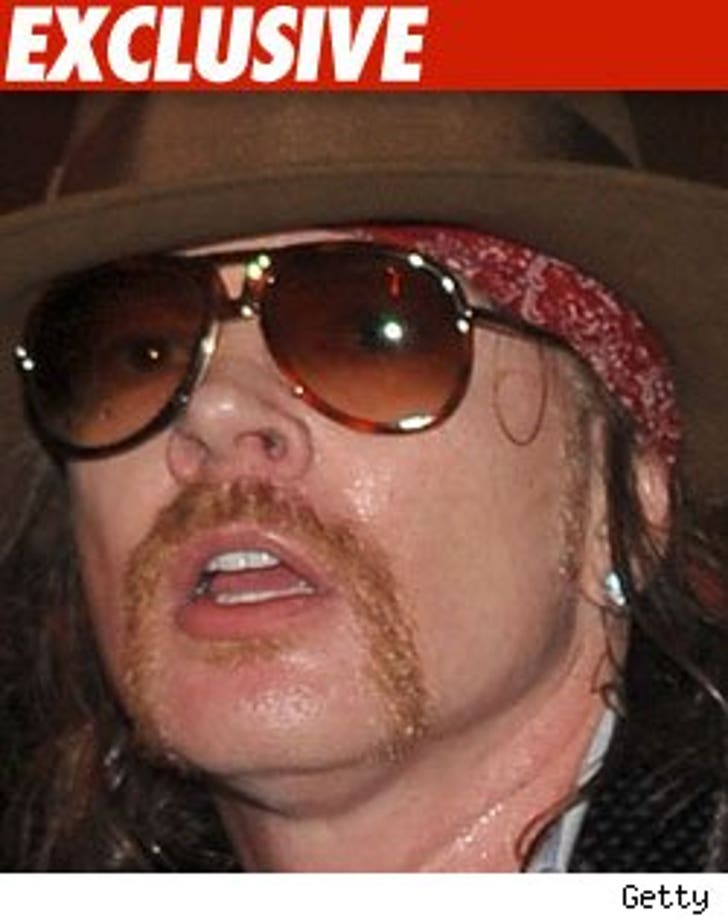 Axl Rose has allegedly been hogging some of Guns N' Roses' profits -- and now one company says it's looking to get its hands on his money, honey.

Front Line Management claims it was hired to be Axl's personal manager in 2008 -- and was promised a 15% cut of all the cash Guns N' Roses raked in ... but never got a penny.

In the lawsuit, filed in L.A County Superior Court, Front Line claims the band made in excess of $12,470,000 while performing throughout Asia, Canada and South America.

Calls to Axl's people have not been returned.