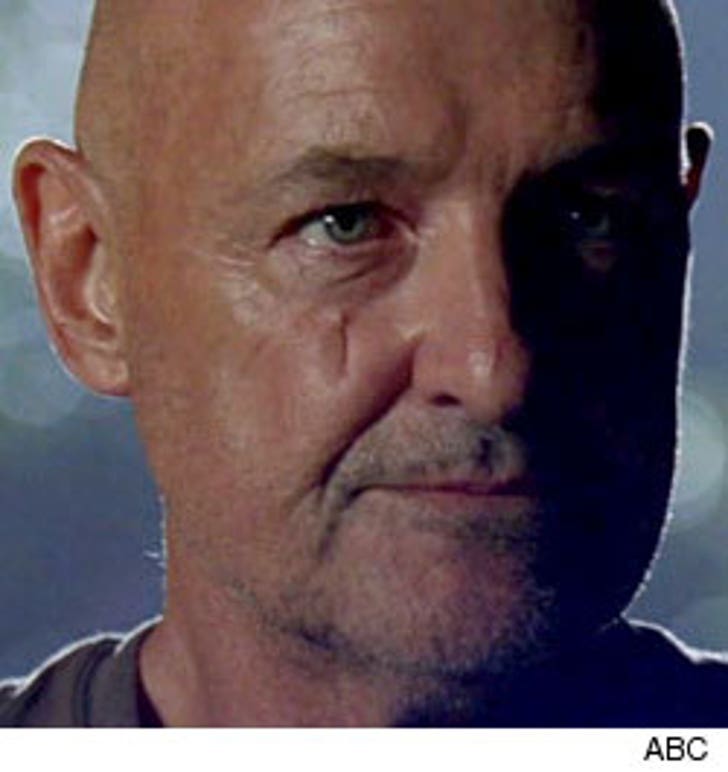 I IMed my old college roommate Chris on Tuesday morning to ask what he was thinking going into "Lost" tonight. "I need at least one death," he told me. I responded, "Yeah, it's been awhile … it's hard to be 'Lost' w/o killing off a few people. This isn't '30 Rock.'" Haven't had any major RIPs in a while. Are we due for one? (Ed.'s note: Yes, this was an actual conversation and yes, this was written before the episode).

For all you "Lost" Diary newbies, here's how it goes: I gather with a group of friends watching "Lost," writing what happens on the show as it happens, and throwing in my two cents along the way. I am over at Ari's place for a Lakers/"Lost" double feature. Lakers did their job, now it's time for "Lost." Let's roll ...

9:03 -- Sawyer, Kate, Jin, Sun, Lawnmower Man, Claire and Hurley have been put in the bear cage "for their own good." For once, I want to do something someone's "own good." Actually, by this time next week, I will. Check back in a week.

9:10 -- Not Locke has an interesting strategy to try and get Jack to help him -- by reminding him that, if he wanted, he could easily kill everyone. Scary, true, and effective.

9:12 -- Another Sun/Jin reunion scene that just doesn't do anything for me. In this scene, they have about as much chemistry as me and Larry King.

9:13 -- I get super duper excited lately whenever I know the Smoke Monster is about to attack. Not sure what that says about me.

9:19 -- The whole gang is almost back together, heading to the plane. Wonder what Desmond is up to? Is he still in that well?

9:20 -- Jack is trying to see Anthony Cooper and he runs into Helen. This seems like as good time as any to mention that Katey Segal, who is awesome in her small parts on "Lost," absolutely steals the show on "Sons of Anarchy." Highly recommend.

9:22 -- Not Locke/Jason Bourne just killed two guys and now he's aboard the plane.

9:25 -- Sawyer wants Jack to get Not Locke in the water and he will "take care of the rest." This I gotta see.

9:35 -- Jack just tossed Locke into the water and Kate got shot. I am surprisingly happy about the latter.

9:36 -- Not Locke is finally out of the water and gunning down Widmore's people. Meanwhile, all the candidates are on the sub. Just saying …

9:43 -- Sayid is trying to play Hurt Locker with the bomb Locke left behind. Does anyone really think the bomb is going to go off and kill half the cast?

9:45 -- Let's discuss what just happened. Sawyer grabbed the wires, which did nothing but make the bomb mad. Sayid told Jack where to find Desmond, told he was the one (like Neo), then ran with the bomb, where it blew up. Here's my question -- would the bomb have gone off if Sawyer never touched it? I think not.

9:46 -- Everyone is scrambling. Hurley is helping Kate … while Jack, Jin and Sawyer are helping Sun. Um, I think I'd rather Sun right now.

9:56 -- Locke is being discharged from the hospital, seemingly as if nothing has changed.

9:57 -- Locke is in the wheelchair because he was in a plane crash -- he was flying, and his dad was a passenger.

There's a good possibility that I am completely wrong about everything I am about to write. And I fully expect everyone to hate me for this. That being said …

Guess what? I don't care.

Do you know why I don't care? Because "Lost" has made it impossible for me to care about what happens.

Right now we have the island, and we have the flash-sideways. I don't quite know what they have to do with each other or which one is "real."

But if I apply some kind of logic -- which is never a good idea with "Lost" -- then one of them has to prevail in the end, right? Can they both be "real"? When the show ends, Oceanic 815 either crashed or it didn't.

So that being said, that means until I know what is going on, how can I care what happens in either timeline?

When I said before the episode that I needed someone to die, I didn't realize how nothing could be further from the truth. Nothing of any actual consequence had happened on the island this season (save for maybe Juliet's death) so I didn't know how little I would care.

Sayid is dead. Jin is dead. Sun is dead. And yet, next week, when the flash-sideways kick in … they'll be alive and well.

They're dead on the island, but not off it.

So I ask you again … why should I care about what happens in either timeline?