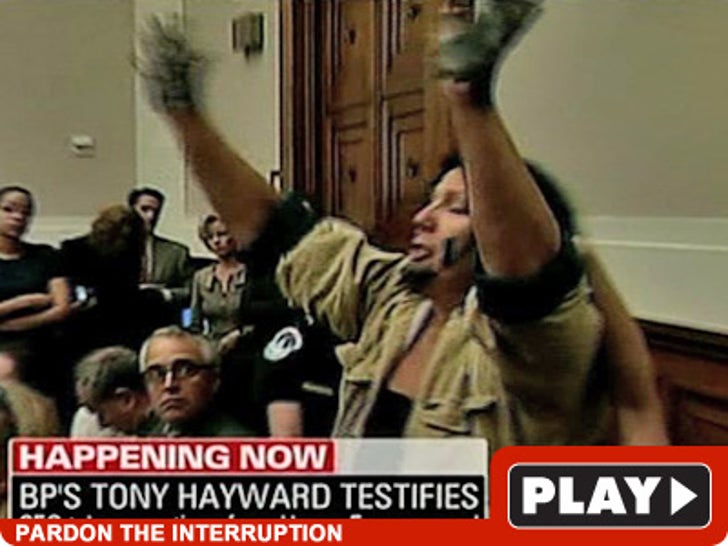 Chaos erupted at this morning's BP hearing in D.C. -- where a woman, who covered herself in a black substance, somehow got into the room and began screaming at BP CEO Tony Hayward. 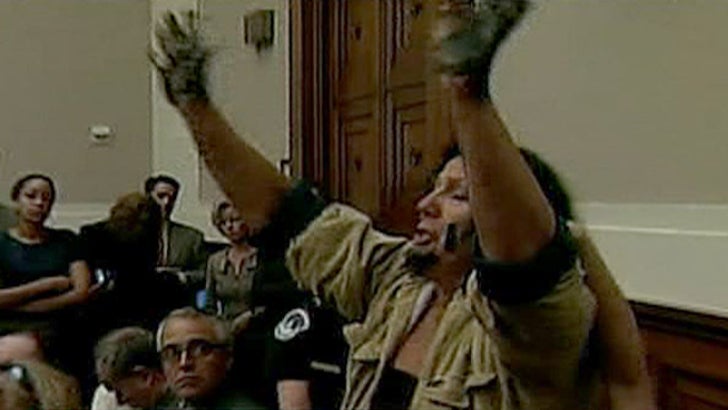 Almost immediately after Hayward opened his mouth to make his first statement concerning the disastrous Gulf oil spill, the female protestor began yelling that Hayward should be "charged with a crime."

It took multiple guards to subdue the woman and escort her out of the building.

As usual, Hayward did a pretty good job pretending like it was no big deal. 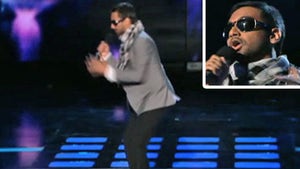 Aziz Ansari Sticks It to BP at MTV Awards