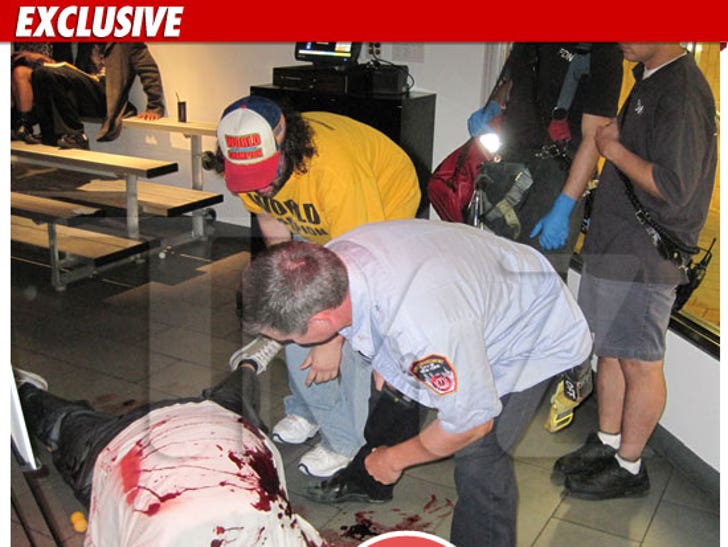 TMZ has obtained a photo of "30 Rock" star Judah Friedlander hovering over a bloody body in NY last night after FDNY rushed to the scene -- but don't freak out ... it was all a false alarm. 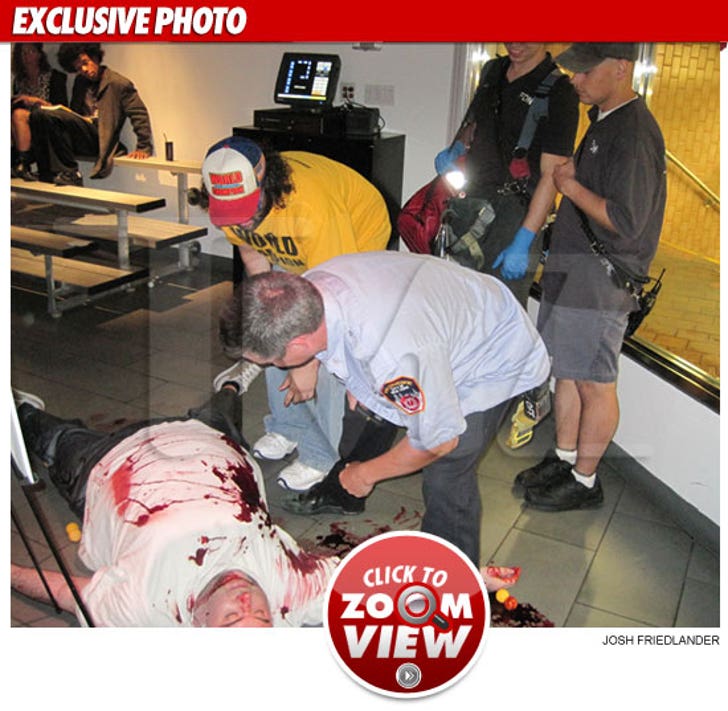 Obviously, the dead guy isn't really dead -- he was just a human prop in a publicity stunt for Judah's book -- but a passerby saw the bloody mess inside SPiN in Manhattan ... and called 911.

The paramedics -- who are real BTW -- rushed to the scene, but as soon as they figured out it was all a joke, they laughed ... and then split.

When reached for comment, Judah told us, "I'm surprised someone dialed 911. When I saw Sylvester Stallone kill someone in 'The Expendables,' I didn't dial 911." 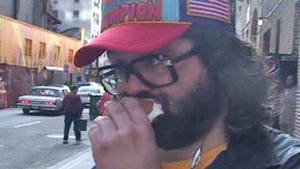 '30 Rock'-er Wants In On Letterman Sandwich 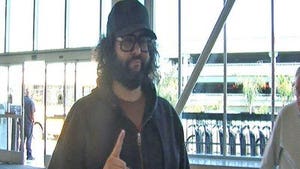