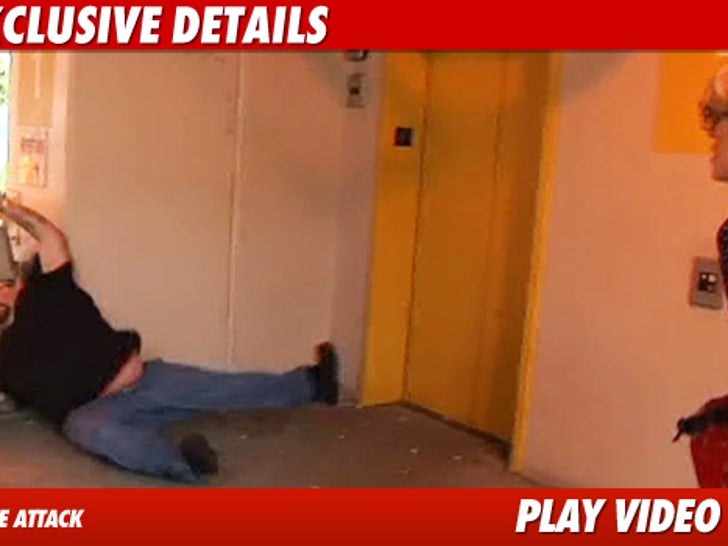 Cops just swarmed in on Jesse James' ex-wife Janine Lindemulder after she unloaded on a paparazzo ... outside of the courthouse in Orange County. 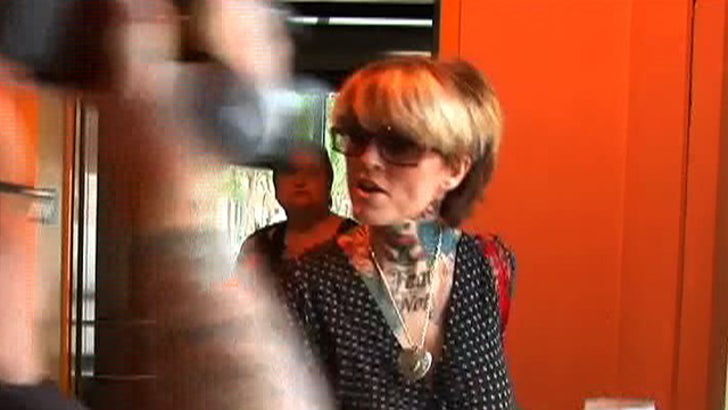 It all went down as Janine was entering court for a child custody hearing -- as several photogs followed her and snapped pics.

But it all came to a violent head once Janine got into an elevator -- and one photog got too close. Janine -- who was holding a warm drink in her hand -- swung at the photog, dousing him in liquid .. and sending him reeling backwards into a wall.

O.C. Sheriff's deputies moved in -- and are currently questioning Janine about the incident. The photog is on the way to the hospital.