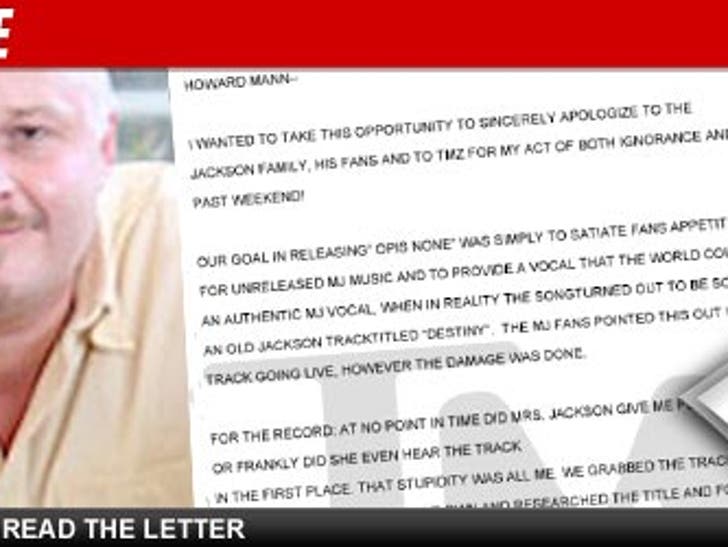 Howard Mann, Katherine Jackson's business partner in JacksonSecretVault.com, screwed up royally and he knows it -- and now he's reaching out to all Michael Jackson fans to say he's sorry.

Mann published a Jackson song on his website that was touted as an "unreleased MJ track" that came with the blessing of Katherine. As we previously reported ... it was neither of those things.

Mann knows that now, and in a letter to TMZ, apologizes for his "act of stupidity and random ignorance." Mann says he had no idea the track he thought was called "Opis None" was really just a version of an old track called "Destiny."

Near the end, Mann writes, "Our goal at JacksonSecretVault.com is to pay tribute to the legendary artist and artistic visionary that was and is Michael Jackson. The fans are entitled to a higher level of integrity then I demonstrated this past weekend and for that I am sorry."