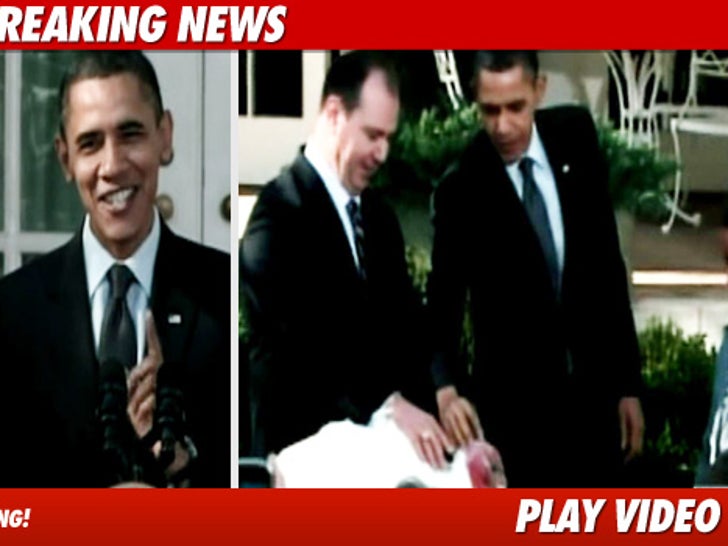 President Obama let the jokes fly during his turkey pardoning ceremony this morning -- comparing the turkey competition to "Dancing with the Stars" ... if the show murdered the contestants who didn't make the cut. 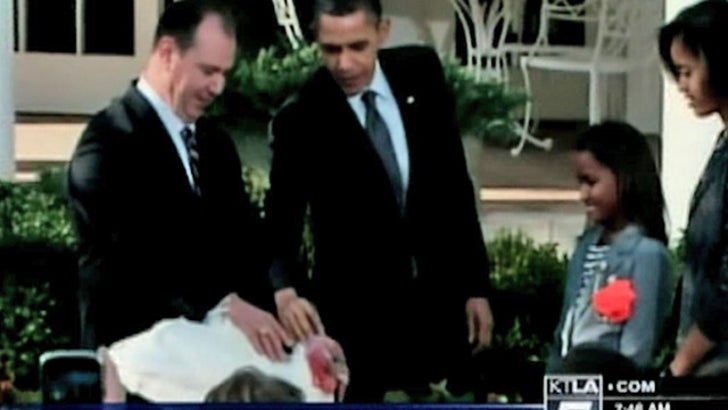 Obama explained that each bird had to compete in a feathery beauty pageant set to music -- insisting it was like a "turkey version of 'Dancing with the Stars' ... except the stakes for the contestants was much higher."

He continued, "Only one pair would survive and win the big prize -- LIFE ... and an all expenses paid trip to Washington ... where they've been living it up on corn feed at the W hotel."

Obama concluded, "The W Hotel has really been putting them up?? It's great advertising." 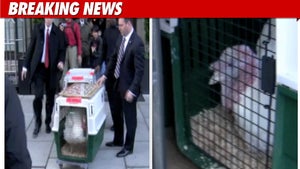