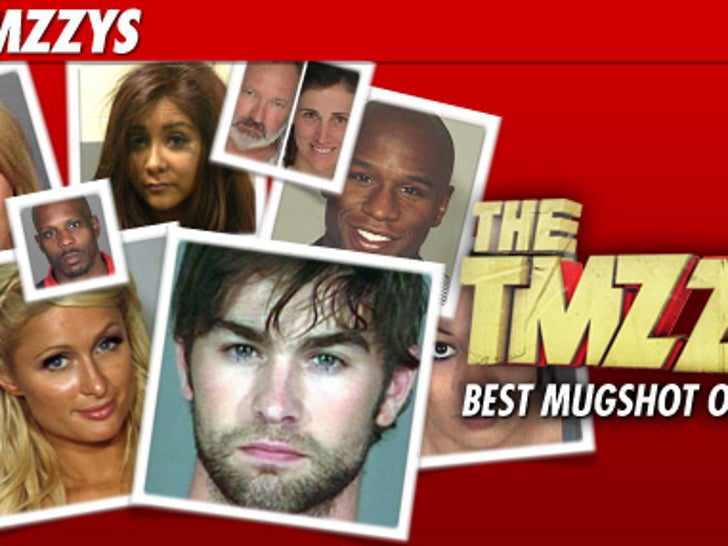 Snooki's mascara-smudged, teary-eyed, half-drunken mug shot has emerged as the early favorite to win the TMZZY for Best Mug Shot of 2010 ... but Paris Hilton isn't going down without a fight.

The Snookstress has locked down 13% of the vote ... while Paris trails with only 10% ... followed by Charlie Sheen, Gary Coleman and Chace Crawford -- all of whom are WAY ahead of the dark horse Richard Heene (Balloon Dad).