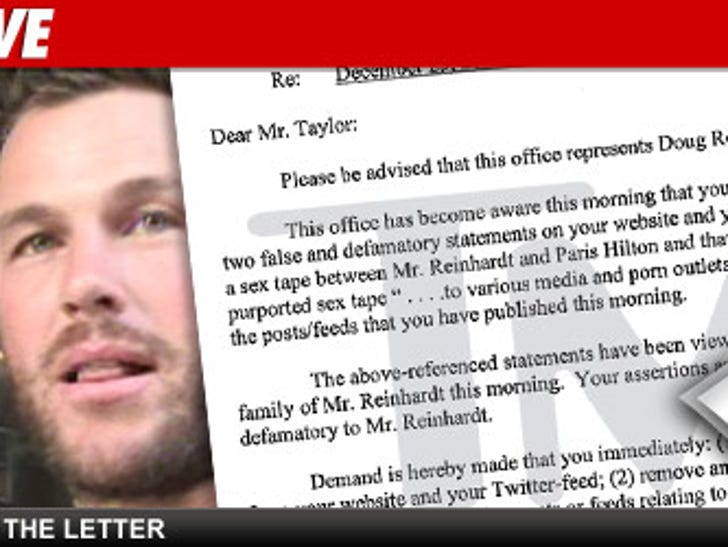 Paris Hilton's ex-boyfriend, Doug Reinhardt, just fired off a cease and desist letter to the website that claimed Doug is shopping a sex tape .... saying either take the story down or he'll sue.

The lawyer is demanding the website remove any reference to Reinhardt and not publish any other stories making the assertions.